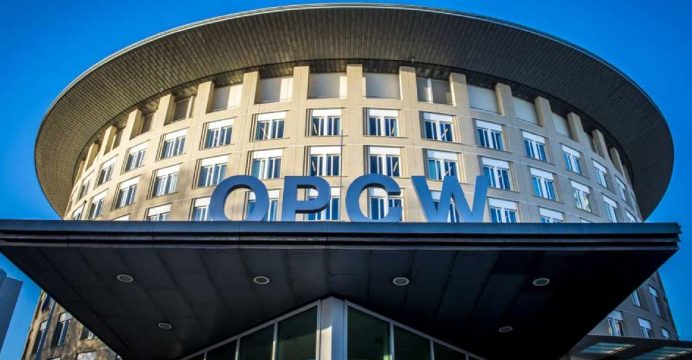 Bangladesh elected as a member of OPCW Executive Council

Bangladesh has been elected a member of the Executive Council (EC) of the Organisation for the Prohibition of Chemical Weapons (OPCW) for the 2019-2021 term.

Bangladesh was unanimously elected by States Parties of OPCE on Monday during the 23th Session of the Conference of States Parties to the Chemical Weapons Convention, held in The Hague, Netherlands from November 19 to 20, a foreign ministry press release said here today.

Currently, Bangladesh is serving in the Council for the period of 2016-2018, it added.

The OPCW, which won Nobel Prize for Peace in 2013, is a globally acclaimed international organization dedicated to implement 1993 Convention on the Prohibition of the Development, Production, Stockpiling and Use of Chemical Weapons and on their Destruction (CWC) with 192 States as its members.

Bangladesh signed the Chemical Weapons Convention on 14 January 1993 and ratified on 25 April 1997.

The Executive Council of the OPCW is made up of 41 members. The Council is the executive organ of the OPCW and is responsible to the Conference of States Parties.