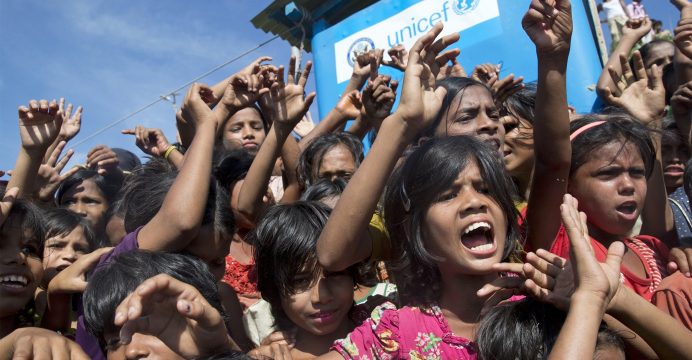 “Bangladesh has generously given shelter to (persecuted) Rohingya people. We will not forcefully send them back to their homeland,” he told journalists after a meeting with foreign diplomats at the State Guest House Padma here.

The minister said Bangladesh will repatriate those who willingly want to go back to their homeland.

Mahmood said Japan gave a proposal of taking a group of majhis, the leaders of the Rohingya camps, to Rakhine State of Myanmar to see for themselves the real situation whether it is suitable for their repatriation. Representatives of Bangladesh, UN and other agencies could be included in the group, he added.

“We will consider the proposal of Japan,” he added.

About the meeting with diplomats, the foreign minister said, “We’ve briefed the diplomats about Prime Minister Sheikh Hasina’s dialogue with different political alliance and parties on the national election. We’ve also informed them about the fresh schedule of the election.”

Emerging from the meeting, Indian High Commissioner in Dhaka Harsh Vardhan Shringla told journalists that they want safe and sustainable return of Rohingya people from Bangladesh.