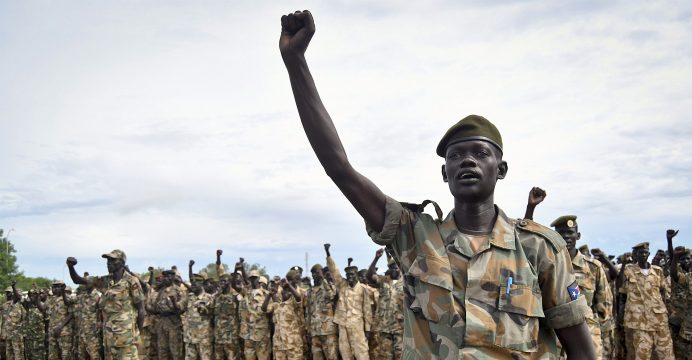 A UN panel of experts has found violations of the arms embargo imposed on South Sudan, reporting to the Security Council that there are “alarming levels” of sexual violence, hunger and human rights abuses in the war-scarred country.

The panel’s 29-page report seen by AFP on Monday was the first to be released since the arms embargo was narrowly adopted by the Security Council in July, under strong pressure from the United States.

The panel said it was too early to assess the full impact of the embargo, which seeks to cut off the flow of weapons after nearly five years of brutal war in South Sudan.

The report said “a number of violations have been noted by the panel,” which is also investigating foreign private security firms providing training in Juba to the national police and the army.

The experts noted that Sudan had deployed troops to protect oil fields in Unity State, while Uganda sent forces to South Sudan, notably in Central and Eastern Equatoria states.

The arms embargo bans military assistance as well as training.

The panel is investigating “other allegations of transport of weapons into South Sudan, in violation of the arms embargo,” the report added, without giving details.

A US-funded study released in September put the death toll from the war to at least 382,9000, far higher than previous estimates and more than in the conflict in Syria.