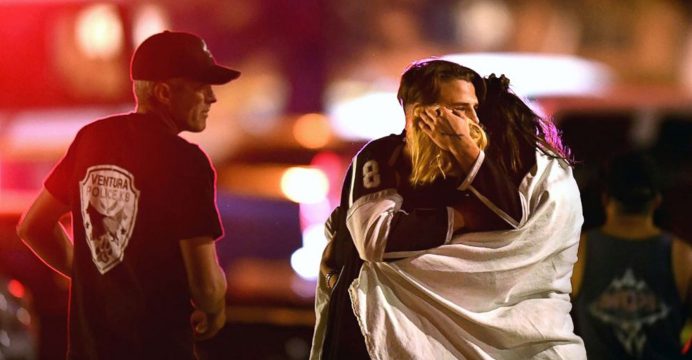 Twelve people, including a police sergeant, were shot dead in a shooting at a nightclub close to Los Angeles, police said Thursday.

All the victims were killed inside the bar in the suburb of Thousand Oaks late on Wednesday, including the officer who had been called to the scene, Sheriff Geoff Dean told reporters.

The gunman was also dead at the scene, Dean added. The bar was hosting a college country music night.

At least 200 people were reportedly inside the Borderline Bar and Grill, which was hosting a university student night, at the time of the attack.

Officials say the suspect, who has not been identified, was found dead inside.

They have not yet confirmed any motive behind the attack.