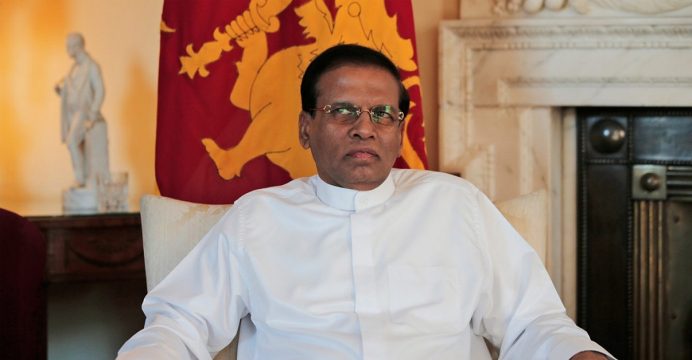 Sri Lanka President Maithripala Sirisena Sunday announced that he would lift the suspension of parliament in 10 days as international pressure mounted on him to open the legislature and resolve a leadership struggle.

Sirisena had on Friday promised the parliamentary speaker that he would recall the assembly on Wednesday.

He shut parliament a day after sacking Prime Minister Ranil Wickremesinghe on October 26 and appointing former president Mahinda Rajapakse to the post.

However, Wickremesinghe insisted he was still prime minister and demanded a vote in parliament to prove his majority. The closure of the assembly prevented a vote to decide who enjoyed the majority of the 225-member assembly.

The United Nations had led a chorus of international voices demanding an early resumption of parliament to end the bitter power struggle between Wickremesinghe and Rajapakse.