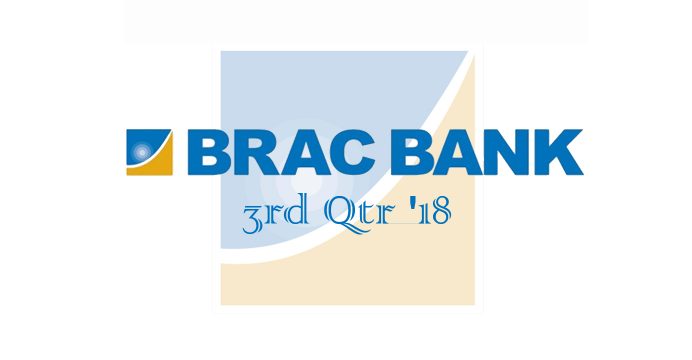 Consolidated profit after tax during the period of January to September 2018 amounted to BDT 3,938 million against the BDT 3,973 million recorded in the same period of 2017.

Valued shareholders, local and foreign Investment analysts and capital market experts joined the program through live broadcast on the internet Mr. Selim R. F. Hussain, Managing Director & CEO, BRAC Bank Limited, presented the financial results and then followed up with a Q&A session from local and overseas investors and market analysts. The program took place at the bank’s head office in Dhaka on October 31, 2018.

Hussain said, “Over these past nine months, we have made good progress in a number of technology projects that we have embarked on to both enhance the Bank’s overall capacity and also enhance specific products and services. The consistency in growth momentum and financial results, that too, against a backdrop of reducing margins and difficult market conditions, keep us firmly on the path of becoming the Best Bank in the country.” Hussain also gratefully acknowledged the bank’s valued customers and stakeholders for their continued patronage and guidance.