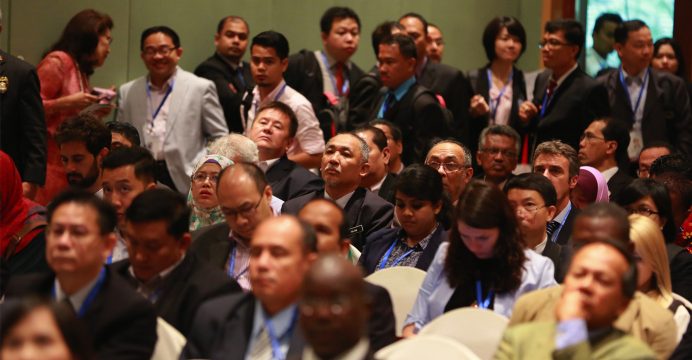 The 18th International Anti-Corruption Conference in Copenhagen, Denmark, has opened with a renewed commitment to anti-corruption action from national governments, international organizations and multinational corporations at the end of the opening day.

The signatories have pledged to take action in key areas including returning the proceeds of corruption to their rightful owners, ending secrecy over company ownership, clamping down on money laundering and tax evasion, promoting integrity in state-owned enterprises, and improving implementation of existing conventions such as the United Nations Convention against Corruption and frameworks such as the Sustainable Development Goals.

The joint statement reiterates that tackling corruption is a shared responsibility of both developed and developing countries, which demands coordinated cross-border cooperation. Eighteen national governments* and nine international and multilateral organizations have issued their own statements outlining their own renewed commitment to tackling corruption.

Delia Ferreira Rubio, chair of Transparency International, said: “These commitments are welcome and much needed. It is particularly important that the signatories have recognized the crucial role of civil society, media and whistleblowers in combatting corruption and shown their support for measures to protect them. However, over the years we’ve seen plenty of commitments to tackle corruption. What is needed is action, and we will track these new commitments to ensure they are not more empty promises.”

Transparency International will be monitoring each of the signatories’ respective contribution to implementing the joint statement in a new online platform and report series.

Themed Together for development, peace and security: now is the time to act, the 18th IACC was opened by Lars Løkke Rasmussen, Prime Minister of Denmark. Referring to the Danske Bank money laundering scandal which has rocked the country, usually perceived as one of the cleanest in the world, Prime Minister Rasmussen told delegates that Danes are shocked and offended by such cases. “Offended, because fraud and money laundering undermine one of the most important pillars in our society: our trust in institutions, companies and in each other,” he said.

Approximately 1600 people are expected at the three-day event, which also includes the Films For Transparency (F4T) film festival, the Anti-Corruption Awards and the Fair Play Concert, headlined by US rapper yasiin bey, formerly known as Mos Def.