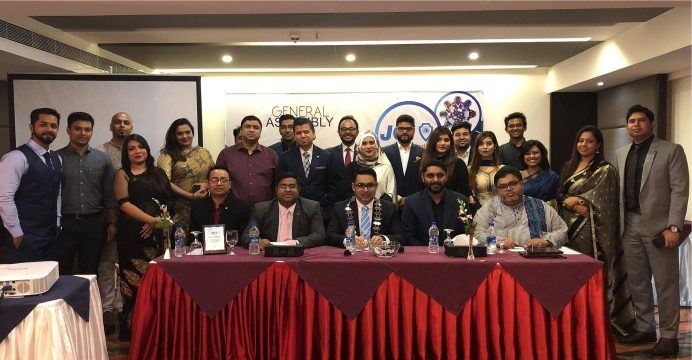 JCI Dhaka United organized the 2018 General Assembly (GA) on 19th of October 2018 at Long Beach Suites Dhaka, where the Executive Committee of 2019 was declared.

With the concern of all members, Local President Jamil Uddin Bhuiyan have discussed and presented the yearlong projects, treasurer’s report of 2018 to the National governing body of JCI Bangladesh.