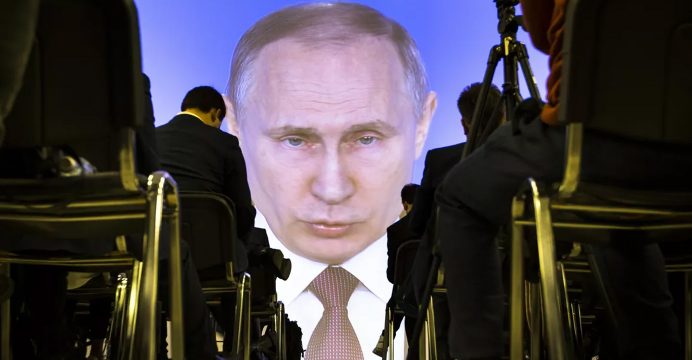 The Kremlin on Monday said the world would be less safe if Washington goes ahead with plans to withdraw from a Cold War-era nuclear weapons treaty that banned intermediate-range missiles.

“Such steps, if taken, will make the world more dangerous,” said presidential spokesman Dmitry Peskov as he rejected claims by US President Donald Trump that Russia had violated the 1987 Intermediate-Range Nuclear Forces Treaty (INF).

“Russia has been and remains committed to the provisions of this treaty,” he said.

The US had previously undermined the foundations of the agreement, Peskov added.

“The intention to withdraw from this document is of the deepest concern.”

Peskov reiterated an earlier statement by President Vladimir Putin that Russia would never strike first even if threatened with a nuclear attack.

“We don’t feel that we have the right to inflict the first strike,” he said.

The treaty was signed by then US president Ronald Reagan and Mikhail Gorbachev, the last Soviet leader, who at the weekend also criticised plans to pull out.

US national security advisor John Bolton is in Moscow for two days of talks in which the issue will be discussed.