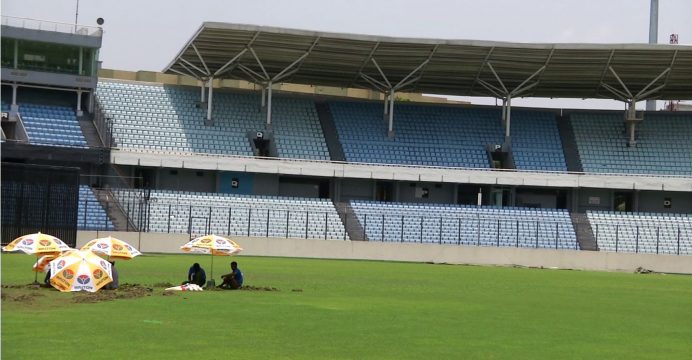 Prime Minister Sheikh Hasina will inaugurate today 66 mini stadiums which will open up a new era in the field of the country’s sports and games.

Through the same function, the sources said, the prime minister will inaugurate a multi-sports indoor complex of Bangladesh Krira Shikkha Protishthan (BKSP), the national sports institute of the country, and Youth Training Centres in six districts.

The Ministry of Youth and Sports has constructed the mini stadiums under a project.

Under the first phase of the scheme, mini stadiums will be set up in 131 upazilas as per a commitment of Prime Minister Sheikh Hasina, the ministry sources said.

The project got the nod of the Executive Committee of the National Economic Council (ECNEC) in 2015, the sources said,

The government has undertaken a plan for constructing a “mini stadium” in every upazila at a cost of Taka 123 crore for further development of sports and games in the country, the sources added.