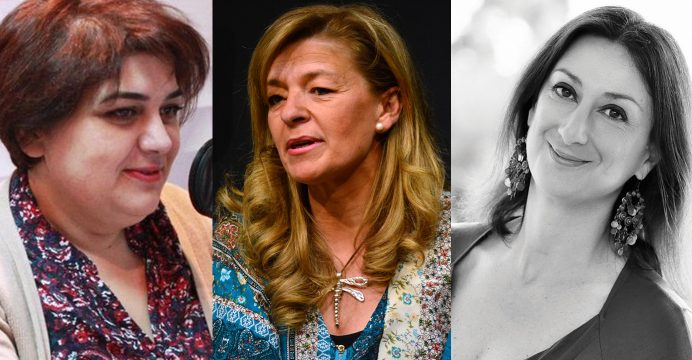 “Through their tireless work and bravery, the three individuals and one institution shortlisted for the 2018 Anti-Corruption Award each send a strong message: that corruption can be challenged. However, each of their stories also speaks to the intense pressure and dangers faced by those who stand up against injustice,” said Boris Divjak, chair of the Anti-Corruption Awards Committee and TI Board Member. “In shortlisting these four inspiring candidates, we celebrate their impact and their courage.”

The shortlist is given bellow:

Daphne Caruana Galizia was a brave and effective investigative journalist who exposed major corruption scandals involving powerful politicians and other individuals in Malta and abroad. She was murdered in October 2017.

The International Commission against Impunity in Guatemala (CICIG) is an international body charged with investigating and prosecuting serious crime in Guatemala. Iván Velázquez, the CCIG Commissioner, has recently been banned from entering the country.

Ana Garrido Ramos is a former public servant at Boadilla del Monte Town Hall in Madrid, Spain, whose whistleblower revelations triggered the Gürtel case that led to the fall of the Spanish government. She is campaigning for effective whistleblower protection legislation.

The four shortlisted candidates were selected from 169 nominated individuals and institutions. More than 1,000 nominations were received, mostly from members of the public.