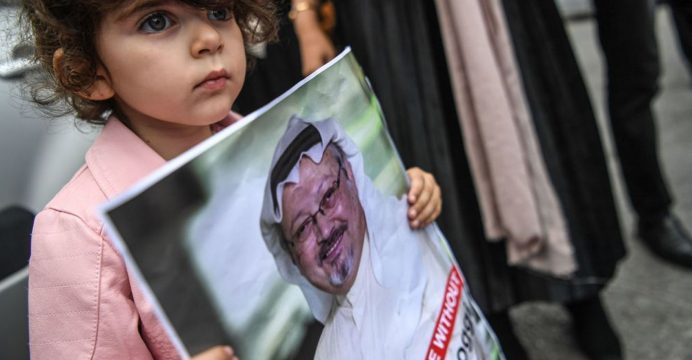 A suspect identified by Turkey in the disappearance of Saudi journalist Jamal Khashoggi was a frequent companion of the kingdom’s powerful Crown Prince Mohammed bin Salman, The New York Times reported Tuesday.

Three other suspects are linked to Prince Mohammed’s security detail and a fifth is a high-level forensic doctor, the Times said.

The account could raise doubt about US President Donald Trump’s claim — after Saudi King Salman strongly denied to him any knowledge of what happened — that “rogue killers” might have been responsible for Khashoggi’s disappearance.

Khashoggi, a Saudi national who contributed to The Washington Post and criticized policies of Salman’s son Crown Prince Mohammed, has not been seen since October 2, when he went to the Saudi consulate in Istanbul to obtain official documents for his upcoming marriage.

Turkish government sources have said police believe the journalist was killed by a special team of 15 Saudi officials sent to Istanbul especially for the task.

Riyadh insists that he left the consulate safely.

The Times said it confirmed that at least nine of the 15 worked for the Saudi security services, military or other government ministries.