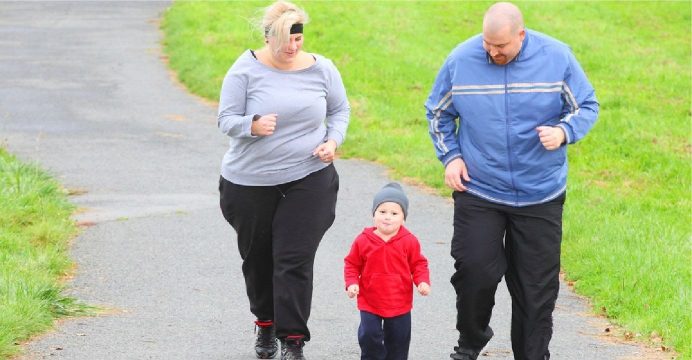 Being overweight or obese may put adults with diabetes at greater risk of dying from cancer than their diabetes-free counterparts, particularly for obesity-related cancers such as those arising from the bowel, kidney, and pancreas in men and women, and from the breast and endometrium (lining of the uterus) in women, according to a large observational study being presented at this year’s European Association for the Study of Diabetes (EASD) Annual Meeting in Berlin, Germany.

Type 2 diabetes affects more than 415 million people worldwide, and is linked with higher cancer mortality. Cancer is the second most common cause of death in people with diabetes, and in some studies is now the leading cause ahead of cardiovascular deaths. Whether this increased risk is directly related to type 2 diabetes, caused by for example longer periods of high blood glucose, or indirectly, due to common risk factors like obesity, is not known.

Obesity is known to independently increase the risk of death from several cancers (eg, breast, kidney, bowel, and womb). Whether there is a link between elevated BMI and excess risk of developing obesity-related cancers in people with type 2 diabetes is incompletely understood.

To provide more evidence, researchers from the University of Manchester in the UK analysed data on 176,886 adults (average age 60 years) with type 2 diabetes from the UK Clinical Practice Research Datalink and 852,946 matched controls without diabetes between 2008 and 2015, to compare the risk of dying from 13 obesity-related cancers and non-obesity-related cancers, and to assess the link between BMI and cancer mortality in individuals with type 2 diabetes. The BMI analysis sample group consisted of 145,769 individuals who had their BMI recorded before diabetes diagnosis. The results were adjusted for influential factors including age, smoking, ethnicity, and deprivation.

During an average 7.1 years of follow-up, 9606 deaths due to cancer occurred in people with type 2 diabetes and 37,853 in those without diabetes.

Overall, it was estimated that men with type 2 diabetes were 22% more likely to die from any cancer than men without diabetes. For women, the risk was 31% higher.

Moreover, in people with diabetes, a high BMI (35-39.9 kg/m2) was found to heighten the risk of dying for some specific obesity-related cancers. This increased risk was strongest for endometrial cancer, with obese diabetics more than four times as likely to die from the disease as their healthy weight peers.

“Our findings support the idea that obesity-related mechanisms contribute to the heightened risk of dying from cancer in people with type 2 diabetes”, says co-author Ms Nasra Alam from the University of Manchester in the UK. “However, the higher risk for non-obesity related cancers also suggests that other pathways are involved. It seems likely that factors associated with obesity and diabetes contribute differentially to specific cancer types.”