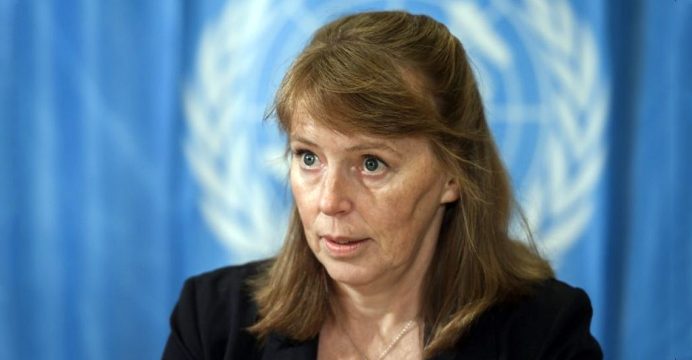 UN expert warns of ‘climate of fear’ in Cambodia

A UN expert on the rights situation in Cambodia decried Thursday that laws were being used to rein in dissent and were creating a “climate of fear” in the country.

UN Special Rapporteur for Cambodia Rhona Smith voiced alarm over a significant deterioration in the country’s political situation over the past year and urged the government to change course, reports BSS.

In the run-up to controversial July elections, premier Hun Sen and his ruling Cambodian People’s Party backed a crackdown on perceived threats, including the shuttering of media outlets and jailing of political opponents and journalists.

The main opposition party, the Cambodia National Rescue Party (CNRP), was dissolved, clearing the way for the CPP to take all 125 parliamentary seats in the vote.

This effectively rendered Cambodia a one-party state, which the international community has decried as a death knell to democracy.

Speaking to reporters in Geneva, Smith lamented the crackdown on political opposition, civil society and the media in Cambodia.

“Laws are increasingly being used in Cambodia to oppress the opposition and silence dissent and create a climate of fear,” she said.

In a report on the vote submitted to the UN Human Rights Council, she also said the decision to dissolve the CNRP and ban a large number of senior members of the former opposition from all political activity “seriously calls into question the genuineness of these elections”.