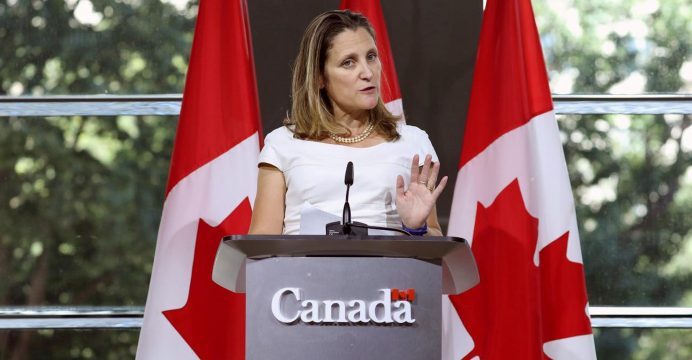 Canadian Foreign Minister Chrystia Freeland postponed her country’s 2018 address to the United Nations General Assembly so she could focus on ongoing trade talks with the United States, the government said on Saturday.

For the past month, Canada has been locked in tense discussions with the United States to reach common ground on revamping the North American Free Trade Agreement (NAFTA) after Mexico and Washington said they had reached a deal on Aug. 27.

Mexico on Friday said the U.S. Trump administration and Canada were making efforts to resolve their differences, raising hopes the pact could be kept trilateral.

Freeland spokesman Adam Austen said Freeland had returned to Canada to take part in work on NAFTA. However, he added that she had no plans to return to Washington for the moment.

Freeland was due to address the General Assembly on Saturday. Canada’s spot on the list of speakers has been moved to Monday, Canada’s U.N. mission said.