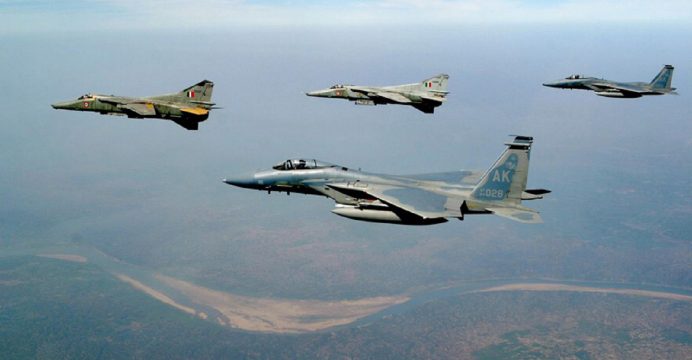 A fighter jet of Indian Air Force crashed in Rajasthan

The mishap occurred near the city of Jodhpur in Rajasthan, reports BSS.

“The MiG-27 aircraft crashed on a field near Jodhpur and burst into flames. Fortunately, the pilot ejected safely moments before the crash. There were no civilian deaths too,” sources said.

The plane crashed soon after it took off from the Jodhpairbasease on a routine sortie.

A court of inquiry has been ordered, sources added.

In July this year, another MiG aircraft — a MiG 21 — crashed in the northern Indian state of Himachal Pradesh’s Kangra district, killing the pilot.

In May this year also, another MiG 21 plane crashed in Indian-controlled Kashmir, killing the pilot.