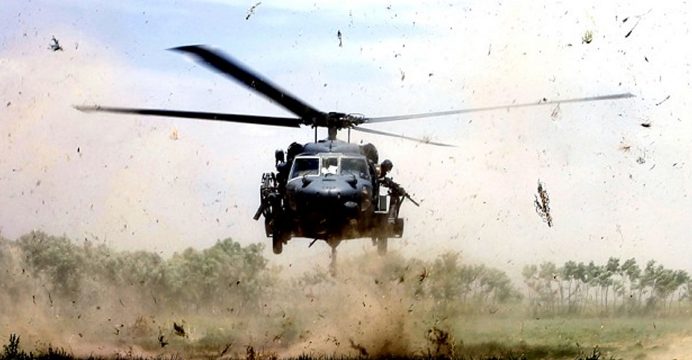 Helicopter with 10 aboard crashes near Afghan army base, 3 rescued

At least three people were rescued after an Afghan army helicopter crashed near an army base in Afghanistan’s northern province of Balkh on Sunday, an army source said.

“The incident occurred at 7:55 a.m. local time near army Corps 209 Shaheen on outskirts of provincial capital Mazar-i-Sharif city. The chopper crashed and caught fire shortly after taking off from the base and an investigation has been launched into the incident,” Hanif Rezai, spokesman of the army corps, told Xinhua.

The initial information said the helicopter was carrying 10 people and fate of the remaining seven army personnel was not known immediately, Rezai added.

The rescued people, including a pilot, were shifted to a hospital in the army base.

Further information will be released later in the day, he said.