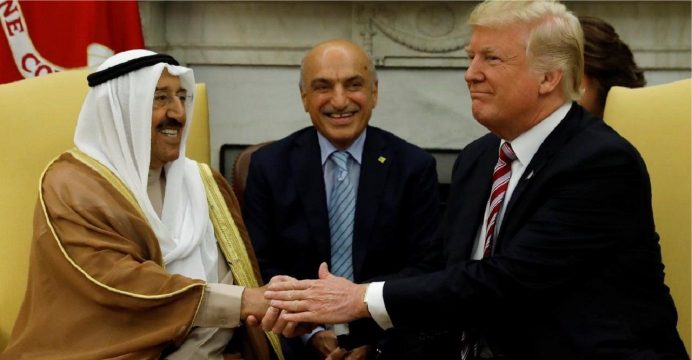 It was not immediately clear what the leaders would discuss, but Sheikh Sabah al-Ahmad al-Jaber al-Sabah has led mediation efforts to resolve a year-long dispute between Gulf Arab neighbors after Saudi Arabia, the United Arab Emirates, Bahrain and Egypt cut diplomatic, trade and transport ties with Qatar, reports Reuters.

The four countries accuse Doha of supporting terrorism and cozying up to regional foe Iran. Doha denies those charges and says the boycott is an attempt to impinge on its sovereignty.

U.S. President Donald Trump publicly sided with the Saudis and Emiratis early on in the crisis but then began pushing for a resolution to restore Gulf unity and maintain a united front against Iran.

Reuters reported in July that the administration was quietly pushing ahead with a bid to create a new security and political alliance with six Gulf Arab states, Egypt and Jordan, in part to counter Iran’s expansion in the region, citing U.S. and Arab officials.

The administration’s hope is that the effort, tentatively known as the Middle East Strategic Alliance, might be discussed at a summit provisionally scheduled for Washington on Oct. 12-13, the sources said, though the Qatar rift could present a big obstacle.