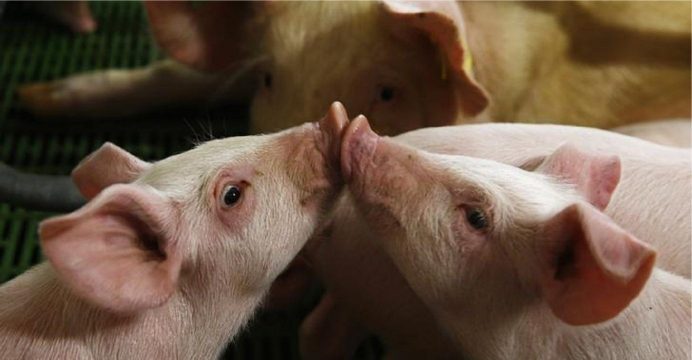 China culled more than 38,000 hogs as of Sept. 1 due to African swine fever outbreaks, the agriculture ministry said on Sunday.

China, where pork is a staple meat, has reported five swine fever cases in five different provinces in a month, prompting authorities to cull hogs to contain the outbreak, reports Reuters.

Epidemic culling and harmless treatment have basically finished in Liaoning, Henan, Jiangsu and Zhejiang provinces, where a total of 37,271 hogs were culled, while another 1,264 hogs were put down by Saturday in Anhui province.

Live hogs from provinces with outbreaks are banned from being transported outside and live hog markets in those provinces will be shut, the ministry said.

The ministry said on Wednesday it cannot rule out the possibility of new outbreaks as concerns grow over the deadly disease’s spread in the world’s largest hog herd.