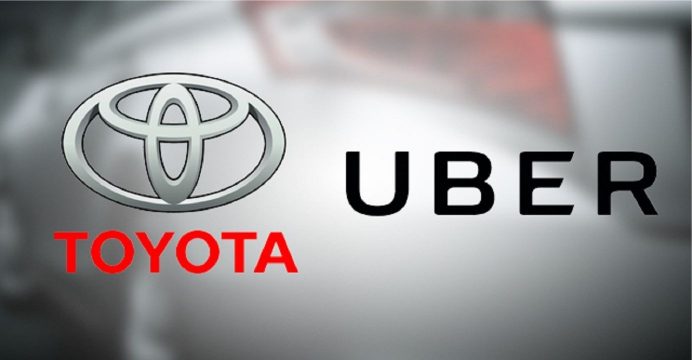 Toyota to invest $500m in Uber

Japanese carmaker Toyota is to invest $500m (£387m) in Uber and expand a partnership to jointly develop self-driving cars.

The firm said this would involve the “mass-production” of autonomous vehicles that would be deployed on Uber’s ride sharing network. It is being viewed as a way for both firms to catch up with rivals in the competitive driverless car market, reports BBC.

The deal also values Uber at some $72bn, despite its mounting losses. That is up 15% since its last investment in May but matches a previous valuation in February.

According to a press release issued by the firms, self-driving technology from each company will be integrated into purpose-built Toyota vehicles.

The fleet will be based on Toyota’s Sienna Minivan model with pilot trials beginning in 2021.

Shigeki Tomoyama, executive vice president of Toyota Motor Corporation, said: “This agreement and investment marks an important milestone in our transformation to a mobility company as we help provide a path for safe and secure expansion of mobility services like ride-sharing.”

Both Toyota and Uber are seen as lagging behind in developing self-driving cars, as firms such as Waymo, owned by Alphabet, steam ahead.

Uber has also scaled back its self-driving trials after a fatal crash in Tempe, Arizona, in March, when a self-driving Uber SUV killed a pedestrian. Since then, the ride-hailing giant has removed its autonomous cars from the road and closed its Arizona operations.

The deal extends an existing relationship with Toyota, and furthers Uber’s strategy of developing autonomous driving technology through partnerships.

The US firm has also teamed up with Daimler, which hopes to own and operate its own self-driving cars on Uber’s network.

On Monday, Uber said it planned to focus more on its electric scooter and bike business in future, and less on cars – despite the fact it could hurt profits.

Revenue from its taxi business is rising but the cost of expansion into new areas such as bike sharing and food delivery has meant losses have grown rapidly.