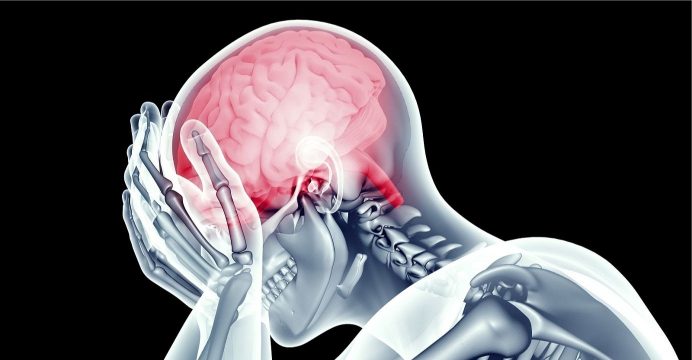 People who have traumatic brain injuries may be nearly twice as likely to die by suicide as individuals who don’t have a history of injuries like concussions and skull fractures, a large Danish study suggests.

Researchers examined data on more than 7.4 million people aged 10 years and older living in Denmark from 1980 to 2014. During this period, 567,823 people, or 7.6 percent, had received treatment for a traumatic brain injury, reports Reuters.

“Head trauma can affect the brain’s functions, which can cause psychological problems and, consequently, increase the risk of suicide,” said lead study author Trine Madsen of the Danish Research Institute of Suicide Prevention and Psychiatric Center Copenhagen in Denmark.

Out of all the people in the study who received treatment for a traumatic brain injury, 0.62 percent committed suicide, Madsen noted.

“That said, if a person develops post-TBI emotional problems or psychiatric symptoms he or she should of course seek help or treatment for this in order to prevent (moving) towards suicidal ideation or behavior,” Madsen advised.

The biggest increased risk came with the worst brain injuries.

People with severe TBI were roughly 2.4 times more likely to commit suicide than individuals without brain injuries, and people with skull fractures had twice the suicide risk of people without TBIs.

Even people who had milder brain injuries like concussions without any evidence of fracture were still 81 percent more likely to commit suicide than individuals without a history of TBI.

The study also found that the risk increase was greatest within the first six months after initial treatment for brain injuries.

Patients who had more medical treatment for TBIs were also more likely to commit suicide than people who received less treatment.

The researchers adjusted for age, sex and social and economic factors, as well as physical and mental illnesses predating the TBI. But the study wasn’t a controlled experiment designed to prove whether or how TBIs might cause suicidal thoughts or lead to suicide deaths.

Another limitation is that researchers lacked data on mild brain injuries prior to 1995, when outpatient visits were not tracked in the registry of Danish patients used for the study. Researchers also looked at the number of medical contacts to determine how much treatment people received for TBIs, but couldn’t see whether these visits were clinic checkups, emergency room visits or hospital stays.

“It is also possible, and even likely, that a predisposition to impulsivity and mood swings results in risky behaviors, which result in TBI,” said Dr. Ramon Diaz-Arrastia, coauthor of an accompanying editorial and a professor of neurology at the University of Pennsylvania Perelman School of Medicine in Philadelphia.

“It is also likely that marginal pre-injury function of critical frontal lobe circuits can predispose to more severe and clinically consequential dysfunction of these circuits after injury,” Diaz-Arrastia said by email.

Still, this study is the largest and most comprehensive research to date establishing a link between brain injuries and suicide, he said.

“The take-home message here is that mood and affect are commonly impacted by TBI, and that it is part of the organic brain injury, and need to be taken seriously,” Diaz-Arrastia said.