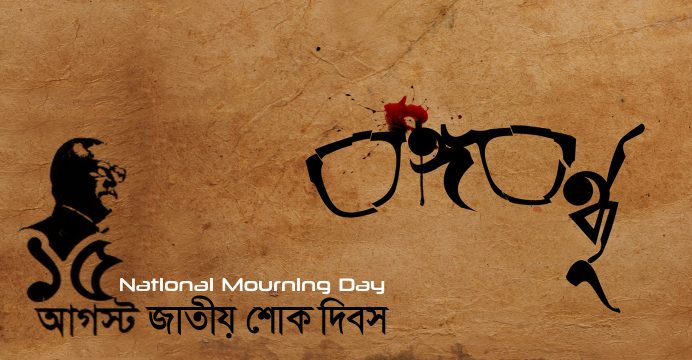 The nation is set to observe tomorrow the National Mourning Day recalling with a heavy heart Father of the Nation Bangabandhu Sheikh Mujibur Rahman on the 43rd anniversary of his martyrdom.

The killing of Bangabandhu and most of his family members on the fateful night of August 15, 1975 is the ugliest chapter of the nation’s history.

The self-confessed killers of August 15 did not assassinate Bangabandhu alone, but also killed 16 other members of his family, friends and relatives.

Prime Minister Sheikh Hasina, the eldest daughter of Bangabandhu, escaped the planned assassination with her sister Sheikh Rehana as they were staying overseas then.

The killing of Bangabandhu, the greatest son of the soil in thousand years, descended a pall of gloom and spread a sense of deep sadness among the people in the country and across the globe.

The world protested and condemned the killing saying it is an irreparable loss to millions of people of Bangladesh.

Like previous years, the government, Awami League and different political and socio-cultural organisations, educational institutions and professional groups chalked out elaborate programmes to pay the utmost respect to the greatest son of the soil on the day of his martyrdom.

The nation, however, started observing the month of mourning from August 1, recalling the most brutal killing in its history and renewing the pledge to safeguard perpetually the country’s independence and sovereignty.