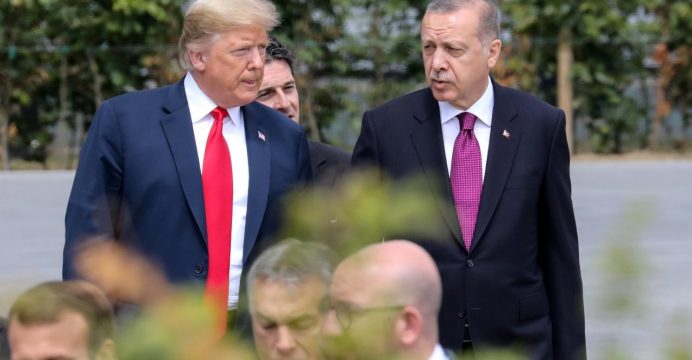 Turkey and the United States can save their relationship, President Tayyip Erdogan’s spokesman said on Saturday after President Donald Trump threatened to slap sanctions on Ankara in a deepening of tensions between the NATO partners.

The two countries are at odds over a number of issues including Washington’s policy in Syria, Ankara’s quest for the extradition of a Muslim cleric blamed for failed coup in 2016 and Washington’s concerns about U.S. citizens and embassy staff detained in Turkey.

“The relationship can be saved and improved provided that the U.S. administration takes Turkey’s security concerns seriously,” Ibrahim Kalin wrote in a column in pro-government Daily Sabah newspaper.

Trump directly warned Turkey this week of possible sanctions if it did not free Andrew Brunson, a U.S. Christian pastor detained in Turkey who Washington has described as a hostage.

Brunson was transferred to house arrest this week after being kept in a Turkish prison for more than 20 months during his trial on terrorism charges continued.

The Trump administration escalated a campaign to free Brunson after the court decision, which had been seen by many as a step that could help reduce tension between the NATO allies.

“The United States will impose large sanctions on Turkey for their long time detainment of Pastor Andrew Brunson, a great Christian, family man and wonderful human being,” Trump wrote in a tweet.

“President Trump may have good intentions for relations with President Erdogan and Turkey. This will certainly be reciprocated when the relationship is based on mutual respect and shared interest,” Kalin said.

Threats against Turkey will not work, Kalin wrote, adding that they would only harm the relationship between Ankara and Washington.

Brunson has become the most public and recent focus of U.S. anger with Turkey, once one of its closest Middle East allies, but trust between the countries has been eroding for years.