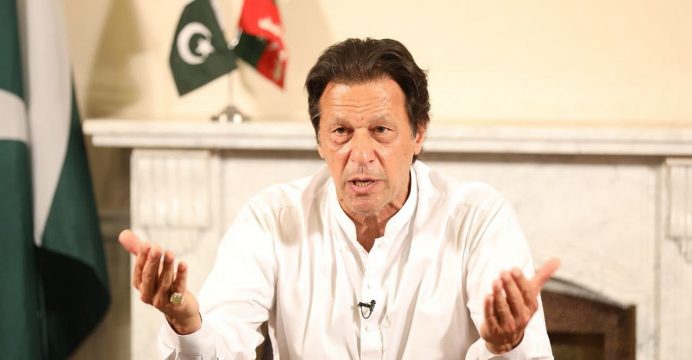 Pakistan’s likely new prime minister Imran Khan opened coalition talks with at least one smaller party and independent politicians on Saturday, a spokesman said, following the announcement of full results of an election disputed by rivals.

But the 116 seats won by Khan’s lawmakers were not enough to give him a majority in the 272-seat National Assembly without coalition partners, and he has ruled out both of the other two major parties, calling them corrupt.

Officials from Khan’s Pakistan Tehreek-e-Insaf (PTI), or Pakistan Movement for Justice party, said they were in talks with independent candidates and at least one other political party to form a coalition government.

“We are pretty much there in the National Assembly… talks are going on with MQM as well,” Faisal Javed Khan, a senior PTI spokesman, told Reuters.

The Muttahida Qaumi Movement (MQM), has dominated politics in the port megacity of Karachi for decades, and won six seats in the general election after the party split with its longtime leader, Altaf Hussain.

He added that Khan was expected to take the oath as prime minister around August 14, which is Pakistan’s independence day.

In a news conference, Naeem Ul Haq, a spokesman for PTI, told reporters that the party would form a government in Pakistan’s most populous province of Punjab as well and there would “good news” by Sunday.

The poll has been marred by long delays in counting and complaints of rigging by Sharif’s Pakistan Muslim League-Nawaz (PML-N) party. Some of the smaller religious parties are threatening street protests if the poll is not re-run.

Khan has offered to investigate any claims of irregularities in the wake of Wednesday’s poll, which Sharif’s PML-N and several other parties allege was skewed in favor of the former cricket hero by Pakistan’s powerful military.

European Union observers were critical of the political climate in the run up to the vote, saying there was not a level playing field. The United States voiced similar concerns.

Khan’s 116 seats puts him short of the 137 required for an assembly majority, meaning he is likely to need a multi-party coalition with religious parties and independents to form a government.

Two newly formed small parties are seen as being open to an alliance with Khan’s PTI.

The Election Commission of Pakistan (ECP) on Saturday released results for 270 races, with elections in two seats postponed. Several races were being recounted so the final numbers may change.

The coalition arithmetic is slightly complicated by the fact that a further 70 seats, most reserved for women and members of non-Muslim minorities, are allocated to parties on the basis of their performance in the contested constituencies. Once those seats are added in, any coalition will need at least 172 seats.