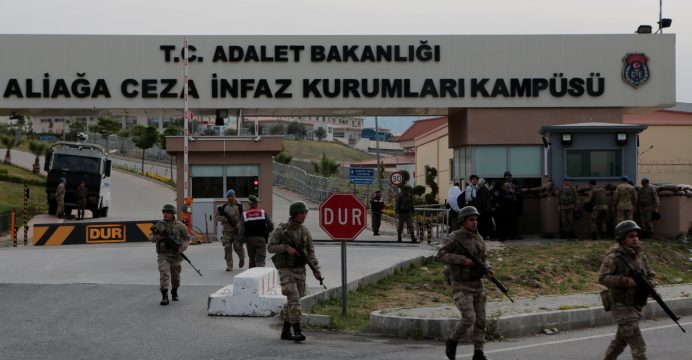 U.S. pastor on trial in Turkey transferred to house arrest

An American pastor who has been detained in Turkey for nearly two years on terrorism charges, straining ties between Ankara and Washington, has been transferred from jail to house arrest, broadcaster CNN Turk said on Wednesday.

The report came one week after a Turkish court ruled to keep Andrew Brunson, a Christian pastor from North Carolina, in detention while he is tried for terrorism and espionage.

Brunson’s case has deepened a rift between NATO allies Washington and Ankara. The Turkish lira strengthened to 4.8340 against the dollar from 4.8599 before the report.

U.S. embassy and consulate officials in Turkey could not immediately comment on the report and Brunson’s lawyer told Reuters he was seeking confirmation.

CNN Turk said Brunson will be fixed with an electronic ankle bracelet or similar monitoring device and is banned from leaving the country.

The pastor, who has lived in Turkey for more than two decades, was indicted on charges of helping the group that Ankara blames for a failed 2016 coup against President Tayyip Erdogan, as well as supporting outlawed PKK Kurdish militants.

Brunson, who denies the charges, faces up to 35 years in jail if found guilty. President Donald Trump said in a tweet last week Brunson was being held hostage and that Erdogan should “do something to free this wonderful Christian husband & father”.