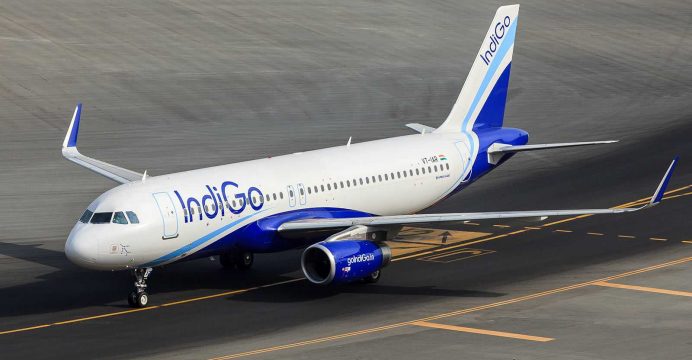 The private carrier will operate one flight every day and plans to expand to other major Bangladesh cities soon, said its officials at a news briefing in Dhaka on Tuesday.

The promotional fare for one-way flight has been fixed at Tk 5,031 while a return ticket will cost Tk 7,085, according to the airline.

IndiGo, however, may change the rates in the future, its Chief Strategy Officer William Boulter said.

IndiGo will fly from Kolkata at 4:40pm and land in Dhaka at 6:10pm while the return journey will start at 7:10pm and end in Kolkata at 8pm, according to Boulter.

The promotional fare will be available for around half the seats on a flight, Boulter said.
Bookings can be placed on its website. Tickets will also be available at travel agents.

IndiGo will allow up to 20kg luggage and passengers will be able to carry up to 7kg with them.

It will use an A320 from its fleet for the Dhaka-Kolkata route, its ninth.

Established in 2005, IndiGo served 46 million on eight international and 42 domestic routes in 2018, according to the company.

It is also planning to launch flights from Dhaka, Cox’s Bazar and Chattogram to other Indian cities, Boulter said.