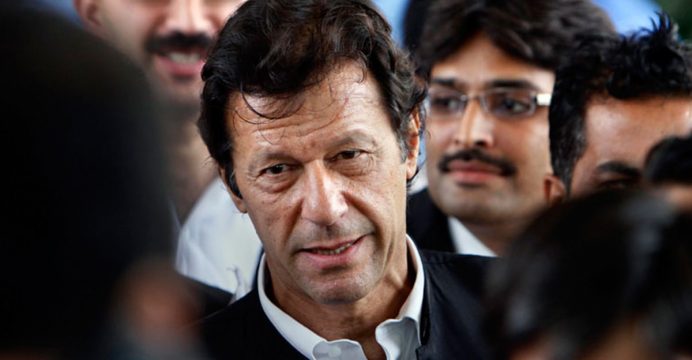 Voting has begun in Pakistan after an election campaign overshadowed by concerns of manipulation and violence.

Nearly 106 million people are registered to vote for members of the lower house of parliament and four provincial assemblies.

But the Human Rights Commission says there have been “blatant” attempts to manipulate the polls.

Hundreds of thousands of troops will be deployed to secure the ballot, which opened at 08:00 (03:00 GMT). Votes will be cast for 272 National Assembly seats that are directly contestable.

Another 70, reserved for women and minorities, are distributed between parties that win at least 5% of the vote.

Voter turnout in the 2013 elections – won by the PML-N but without an outright majority – was 55%.

Pakistan has been ruled on and off by the military during its 71-year history. This election is significant because it will mark only the second time that one civilian government has handed power to another after serving a full term.

But the run-up to the vote has been controversial.

The Pakistan Muslim League-Nawaz (PML-N) complains of a targeted crackdown by the powerful security establishment, with the alleged help of the courts, in favour of Imran Khan and his Pakistan Tehreek-e-Insaf (PTI).

On Sunday, a judge in the High Court of Islamabad appeared to back up that allegation, saying that the powerful military Inter-Services Intelligence (ISI) organisation had been interfering in the judiciary.

Several PML-N candidates also say they have been coerced to switch to the PTI, and nearly 17,000 party members are facing criminal cases over breaking unspecified election rules. The Pakistani military denies interfering in politics.

Independent media, meanwhile, say there have been blatant attempts to muzzle them. There are also serious concerns about the participation of internationally designated militants in the election process.

For all these reasons, the human rights commission has said there are “ample grounds” to question the legitimacy of the polls, “with alarming implications for Pakistan’s transition to an effective democracy”.