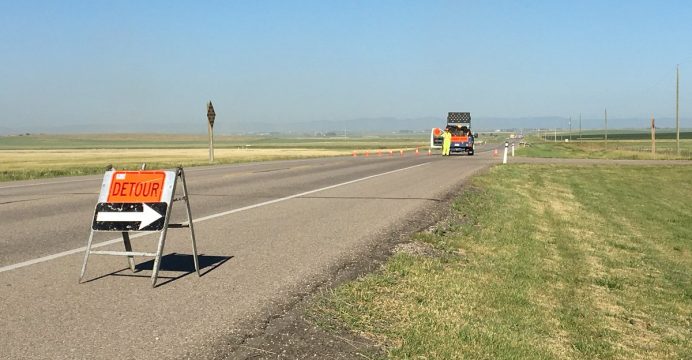 Two women in their 20s have died after a head-on crash on Highway 519 early Monday morning. RCMP had to block off the highway for several hours as investigators looked to see what caused the collision.

The crash happened on Highway 519 near Range Road 242, RCMP said in a news release Monday.

Const. Ben Stubbe said the collision took place at around 7 a.m. on Monday.

A Honda Civic was headed west on the highway and veered into the eastbound lane, colliding with a GMC Sierra pickup truck, police said.

“Both the female driver and female passenger of the Honda Civic (were) pronounced deceased at the scene,” RCMP said.

Police said the driver of the GMC Sierra was able to get out of his truck following the crash and was taken to hospital.

He has since been discharged.

Alcohol and drugs are not factors in the collision and the investigation continues, police said.