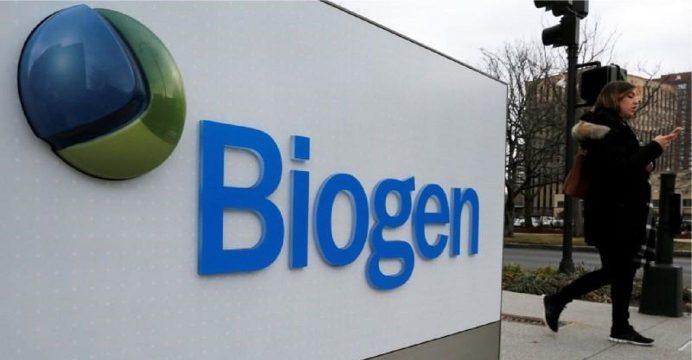 Biogen Inc reported a better-than-expected quarterly profit on Tuesday and raised its forecast for 2018 adjusted earnings, driven by strong demand for its rare muscle disease treatment Spinraza, sending its shares up more than 5 percent.

Spinraza, the first approved drug to treat spinal muscular atrophy, could be a potential blockbuster for Biogen and help cut its dependence on its flagship multiple sclerosis drug Tecfidera, which faces increasing competition, reports Reuters.

Sales of Spinraza more than doubled to $423 million in the second quarter and comfortably beat analysts’ consensus of $393.8 million, according to Thomson Reuters data.

“We saw an increase of over 20 percent in the number of adult Spinraza patients in the U.S. versus last quarter, as we work to increase access and adoption in older patients,” Chief Executive Officer Michel Vounatsos said in a statement.

The results come a day ahead of the release of widely anticipated data from a trial of an experimental Alzheimer’s disease drug developed by Biogen and Eisai Co Ltd.

Biogen has been striking up partnerships and focusing on its portfolio of treatments for neurological disorders as it works to overcome the fall in Tecfidera sales.

Both Biogen and Eisai are working with regulators to design the next studies for their Alzheimer’s drug, BAN2401, and gain expedited review as a breakthrough therapy.

Net income attributable to Biogen marginally rose to $866.6 million in the second quarter ended June 30 from $862.8 million a year earlier.

Excluding items, Biogen earned $5.80 per share, above the average analyst estimate of $5.21. Revenue rose to $3.36 billion from $3.08 billion, also beating estimates. Shares of the Cambridge, Massachusetts-based company rose 5.4 percent to $377 in premarket trading.