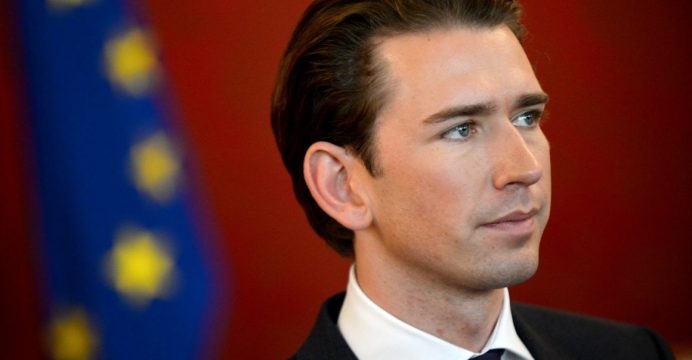 Spain’s conservatives swing to the right as new leader chosen

Spain’s conservatives took a swing to the right on Saturday, less than two months after being ousted from office, as they elected a traditionalist to succeed former Prime Minister Mariano Rajoy as leader.

Pablo Casado beat Soraya Saenz de Santamaria – who served as Rajoy’s deputy during his six-plus years in office – by 1,701 votes to 1,250 in a ballot of lawmakers and other senior members of the People’s Party (PP).

Calling for unity after a leadership race that exposed divisions within the party, Casado told members in his acceptance speech: “The PP is back. We can’t waste another minute speaking about ourselves. We must start talking about Spain again.”

A lawmaker from the northern Spanish city of Palencia, Casado has been a member of the PP since 2003. He opposes abortion and has called for the party to return to ‘traditional’ conservative values of “life and family.”

Rajoy’s ouster via no-confidence vote brought the Socialists into office, and one of the first decisions Casado will face is the extent to which the PP should give parliamentary support to Prime Minister Pedro Sanchez’s minority government.

Signaling likely tensions ahead over fiscal issues, Casado criticized plans by the Socialists to raise taxes, saying he would push for lower income and corporate taxes to increase competitiveness.

The 2019 budget plan, which includes the largest rise in the spending ceiling since 2014 and increases in budget deficit targets, is expected to be submitted to parliament next week.

But he pledged to strengthen the country’s role at the heart of Europe, adding: “If there is isolationism, if there is protectionism, Spain must again return be a central part of the European Union.”

Casado’s opponent Saenz de Santamaria was considered a more moderate voice in the PP, representing a continuation of Rajoy’s policies.

Weakened by a slew of corruption scandals and a sovereignty crisis in the northeastern region of Catalonia, the party has lost support in recent years to new market-friendly party Ciudadanos.

The PP currently holds the most seats in the 350-seat parliament, with 134, while the Socialists hold just 84 seats and had to agree pacts with smaller parties to raise a parliamentary majority for the no-confidence motion against Rajoy.