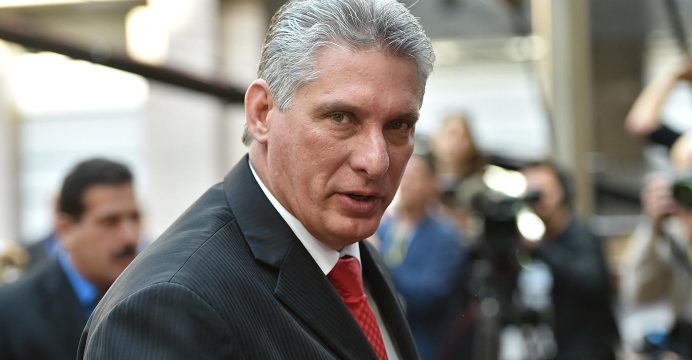 Cuba’s new President Miguel Diaz-Canel named his cabinet on Saturday, keeping a majority of ministers from predecessor Raul Castro including in the key posts of defense, interior and foreign relations, signaling continuity rather than change.

Diaz-Canel, 58, who replaced Castro in April, announced the new cabinet at the start of Cuba’s national assembly meet that will also discuss a draft of the new constitution, designed to replace the Communist-run island’s Soviet-era Magna Carta.

All except one of the former vice presidents on the council of ministers – Marino Murillo, the head of the Communist Party’s reform commission – will remain in place.

These include revolutionary commander Ramiro Valdes, 86, and former economy minister Ricardo Cabrisas, 81, suggesting the generational renewal that Cuba’s leadership has called for will be gradual, like the market reforms of its economy.

Two younger officials, Roberto Morales, 51, and Ines Maria Chapman, who were previously named to the council of state, Cuba’s highest executive body, will join them as vice presidents.

Nine of out 26 ministers are new, including Alejandro Gil, moving up a rank to economy minister, and Alpidio Alonso as culture minister.

The new constitution will include the recognition of private property, something Cuba had long rejected as a vestige of capitalism, and will create the position of prime minister alongside the president, according to state-run media.