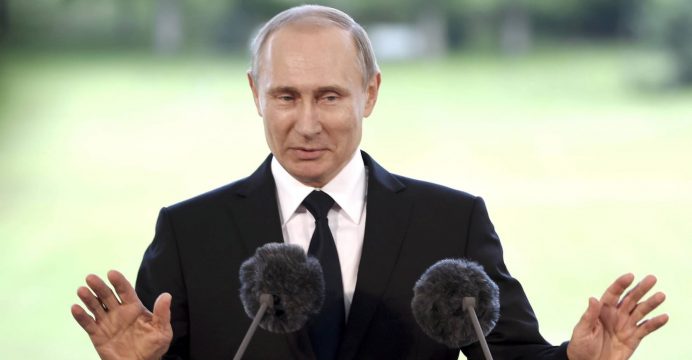 U.S. President Donald Trump said on Monday he saw no reason to believe Russia had hacked the 2016 U.S. presidential election to help him win, and Vladimir Putin “was extremely strong and powerful in his denial today”.

At a rambling news conference after a one-on-one meeting with the Russian president, Trump said not a single critical word about Russia on any of the issues that have brought relations between the Washington and Moscow to a post-Cold War low.

Asked if he trusted U.S. intelligence agencies which concluded that Russia interfered in the 2016 election, he said he had been told by his CIA chief that it was Russia, but that he saw no reason to believe it.

“President Putin was extremely strong and powerful in his denial today,” Trump said.