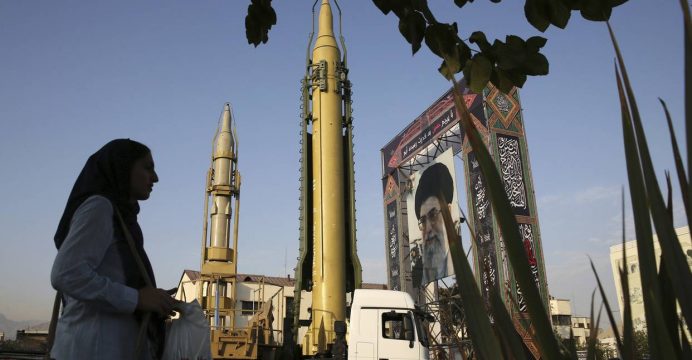 The United States and the United Arab Emirates have broken up a network funneling illicit funds to Iran as Washington steps up a drive to restrict Iranian trade and access to hard currency in the region, a senior U.S. official said on Thursday.

“We jointly disrupted a currency exchange network that was transferring millions of dollars to Iran’s Islamic Revolutionary Guards Corps’ Quds Force,” said Sigal Mandelker, Under Secretary for Terrorism and Financial Intelligence at the U.S. Treasury.

She said the network was dismantled in May. Currency exchanges had used the UAE financial system to transfer cash out of Iran and convert it into U.S. dollars for use by Iranian-supported proxy groups in the region, she said.

She did not give further details of the operation. In early June, the UAE central bank announced it had restricted the operations of seven currency exchange houses for unspecified violations of anti-money laundering and other regulations.

Iran has denounced the U.S. campaign to hurt its economy as unjustified interference in its affairs.

The UAE central bank and the UAE government media office did not immediately respond to questions on Thursday on the crackdown described by Mandelker and on whether the seven exchange houses sanctioned by the central bank were involved.

Mandelker was visiting the UAE after making similar trips to Saudi Arabia and Kuwait to win support for the U.S. effort to squeeze Iran, which comes after President Donald Trump decided to pull out of an international deal on Iran’s nuclear program and reimpose sanctions on Tehran.

She said governments and financial institutions in the Gulf were cooperating closely with the United States because they agreed on Tehran’s malign influence in the region.

Mandelker said Washington was trying to constrict Iran’s trade in general, not just its oil and gas sales, which provide for over half of its export receipts.

But Washington may struggle to achieve a sharp reduction of Iranian business with the UAE. Dubai has traditionally served as a hub for exports to Iran and received Iranian investment in its businesses and real estate market.

UAE exports to Iran totaled $19.9 billion in 2017, or about 5 percent of the UAE’s gross domestic product, according to International Monetary Fund data.

Asked about this, Mandelker said Washington had an “excellent partnership” with the UAE. “There’s no question in my mind that working together, we can take significant action (against Iran) to disrupt their ability to fund themselves,” she said.