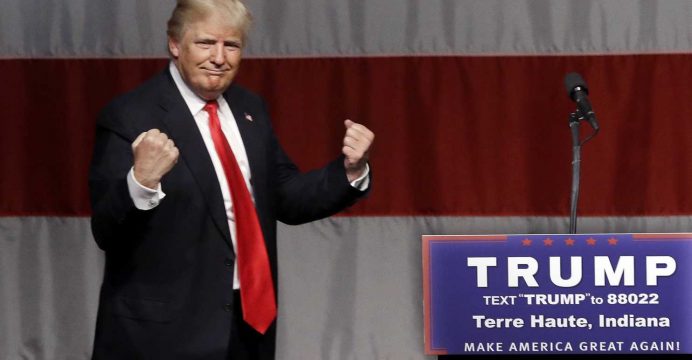 People don’t talk about trade tariffs in this stretch of the Mississippi River basin, where grains and metals have paid the bills for generations.

They skirt the subject at church fundraisers and sidestep it at Jerry’s Café and Quick Stop, where farmers and aluminum workers gossip about everything else.

The Republican president’s tariffs on imported metals were instrumental in reviving an aluminum plant that most locals had written off for dead. But in the fields surrounding the plant and across the county, farmers anxious over trade retaliations against U.S. crop exports are delaying equipment purchases, renting their land to hunters and pre-selling crops before harvest – locking in today’s prices for fear they will fall.

“People don’t want to talk about trade,” said Justin Rone, a farmer with deep family roots in soybeans and cotton. “It’s safer to talk about how best to grow your crop, keep your head down and pray.”

Farmers’ fears were realized Friday as the United States and China levied dueling tariffs on $34 billion worth of each country’s goods. Many U.S. agricultural exports, including soybeans, now face 25 percent duties.

Neil Priggel knows both sides of the trade war’s impact on his community. He worked at the Noranda Aluminum smelter before it went belly-up in 2016 and also runs his family’s 4,000-acre farm along with two brothers.

As Trump announced steel and aluminum tariffs in March, Priggel stared at the TV news and thought: We’re saved. We’ll get our jobs back.

His very next thought: We’ve got to protect the farm.

Priggel and other farmers here, where about 70 percent of voters supported Trump, know their crops are obvious targets for countries striking back against U.S. tariffs. They also know the tax on metal imports helped lure new owners to reopen the plant that has long financed their neighbors’ mortgages, truck payments and groceries.

Is it true the plant is coming back?

Did you get my application?

At her dusty office desk, its drawers still full of old invoices, she checks her voicemail – full, again. Many callers are former plant workers; sometimes they break into tears when she calls back.

The plant’s new owners plan to hire 465 people, for now.

More than double that number have applied.

Getting the smelter back was a long shot, locals say, just like getting a high-paying factory to this rural corner of Missouri in the first place. When it was built in 1969, they named its site for the patron saint of lost causes: the St. Jude Industrial Park.

Workers rode out years of aluminum price drops, labor strikes, recessions and fights with electricity suppliers. The company would cut shifts, lay off workers, then hire them back, workers say.

But the plant closed in early 2016 after a series of crippling blows: global aluminum prices plunged; a New York private equity fund heaped on $1 billion in debt in a leveraged buyout; an explosion disabled the plant’s cast house; a power-outage shut two production lines.

About 1,000 people had to go find jobs, often at much lower pay, said Mark Baker, a farmer and presiding commissioner for New Madrid County.

But most stayed, often turning to the region’s other dominant for work.

“The only people hiring were the farmers,” said Dalton Bezell, 31, who worked for Noranda.

By late summer, Noranda’s staff had shrunk to nine people, making a fraction of their previous salaries. Their job: Secure the plant and try to figure out a way to revive it.