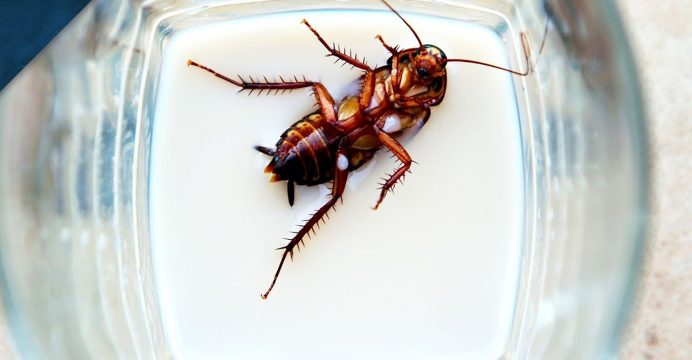 Is Cockroach milk really a superfood thing for us!!

For years, the idea of cockroach milk has whipped up a media storm. A study has found that cockroach milk could be good for you, containing three times as much energy as dairy milk and packed with essential amino acids.

A subheading in the piece shouted: “Cockroach milk may be a new superfood as study found high nutritional values. The thought of milk extracted from a cockroach’s gut being good for us requires a serious stretch of the imagination.

In May 2018, The Daily Mail ran a story with the headline: “Beetlejuice for breakfast? Experts say COCKROACH milk could be the next non-dairy fad and claim it tastes just like cow’s milk”.

There are three main options for a cockroach to raise its babies. First one is dumping them somewhere safe to slowly mature. Second, attaching the eggs somewhere on the outside of its little cockroach body. The third option is to keep its eggs inside a small pouch-like brood sac (essentially a cockroach womb) until they mature.

Cockroach milk is sourced from the Pacific Beetle cockroach, a type of roach that gives birth to live offspring and produces ‘milk’, which it feeds its embryos through a ‘brood sac’. There is, in fact, no actual ‘milking’ involved: scientists need to carve out the cockroach’s gut in order to access the milk, which is in the form of crystals.

The Pacific beetle cockroach produces “milk” to feed its young.

Dr Leonard Chavas, one of the study’s co-authors tells BBC Thre: “If you want to do that in mass production, it’s not easy. It takes time, it’s labour-intensive, and you don’t get much for your efforts.”

He explains that to get even 100 grams you would have to kill upwards of 1,000 cockroaches. The milk is not really milk as we know it either. “Don’t expect to make any ice-cream out of it,” he says.

The original journal article did say crystalline cockroach milk is loaded with fats (about 20 per cent of the dry weight), so it’s very high in calories or kilojoules.

And perhaps that’s all you need for a new superfood.