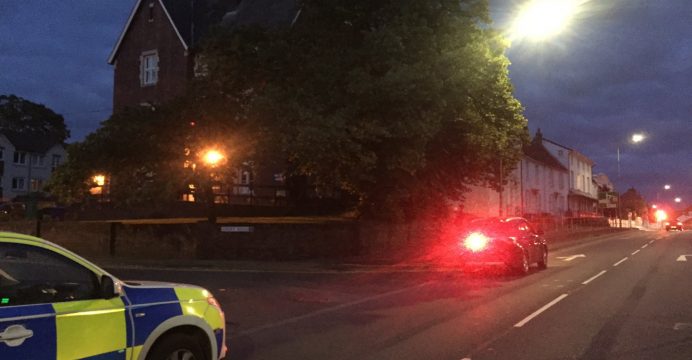 A woman has been stabbed to death in an attack which also left a 14-year-old boy in hospital.

Police were called to reports of an assault in Wood White Drive, Aylesbury, at about 15:45 BST on Saturday.

The victim, 54, died at the scene while the boy was taken to hospital with “non-life threatening” injuries, Thames Valley Police said.

A man, 32, was arrested at the scene on suspicion of murder and was being held for questioning.

Det Supt Ian Hunter, head of the major crime unit, said he wanted to “reassure people that we believe it to be an isolated incident”.

He said: “We currently have a number of police officers at the scene carrying out inquiries and I would encourage anyone with any questions to feel free to approach them.”

He also urged any witnesses or anyone with information to contact the police.

Members of the public have left flowers outside the three-storey house on the Buckinghamshire Park Estate.

Its front door has been sealed off and a police car was stationed outside on Sunday.

The force said the victim’s next-of-kin have been informed and were being supported by specially-trained officers.