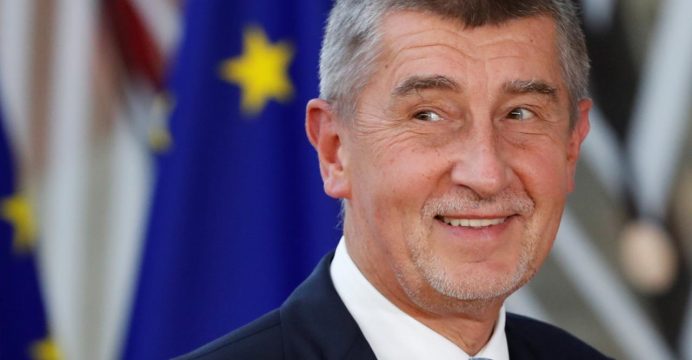 The Czech Communist Party agreed on Saturday to help a minority cabinet led by Prime Minister Andrej Babis survive a vote of confidence, clearing the way for the billionaire businessman to govern after winning an election in October.

Czech President Milos Zeman appointed a cabinet of Babis’s ANO movement and the center-left Social Democrats on Wednesday. But it needs the support of the once-outcast communists to form a majority in parliament. The government wants to hold the mandatory confidence vote on July 11.

The Communist Party leadership gave its approval even though Babis refused some of their demands. One was for cutbacks in the Czech contribution to NATO military missions abroad; another for representation on the supervisory board of the biggest state-controlled company, electricity producer CEZ.

“KSCM deputies will actively support the establishment of the minority government,” the Communist leader, Vojtech Filip, told a news conference. “The vote was a clear majority.”

Babis has ruled as caretaker prime minister since January, when his first minority cabinet lost a confidence vote. He was forced to form a minority government as the subject of a criminal investigation, most parties refuse to work with him.

The investigation concerns EU subsidies one of his companies got a decade ago. Babis calls the investigation a plot against him, and the company promised to return the subsidy this week.

Babis is aiming for a pro-Western administration, but he needed the pro-Russian Communist party either to support it or to abstain. The party has good relations with President Milos Zeman and shares his pro-China and pro-Russia stance.

The current Communist rank and file, whose average age is well over 70, are nostalgic about life behind the Iron Curtain, and the party pledges to fight global capitalism and leave NATO.