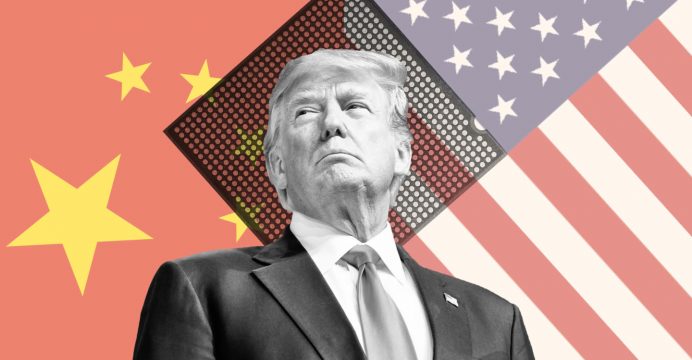 The U.S. Treasury Department has recommended that Trump use the Committee on Foreign Investment in the United States (CFIUS), whose authority would be enhanced by new legislation in Congress, to control investment deals. The legislation expands the scope of transactions reviewed by the interagency panel to address security concerns, Trump said.

“China does not agree with (the U.S.) tightening foreign investment conditions using national security as reasons,” he said.

Commerce ministry’s Gao also said cooperation between China and Europe would bring a “warm current” to the global economy as both parties strongly opposes unilateralism and protectionism.

On Monday, Chinese Premier Li Keqiang said at a joint news conference with French prime minister Edouard Philippe that he believed frictions and disputes between China and the United States could be resolved via talks.

“There are no winners from Fighting a trade war,” he told reporters.a