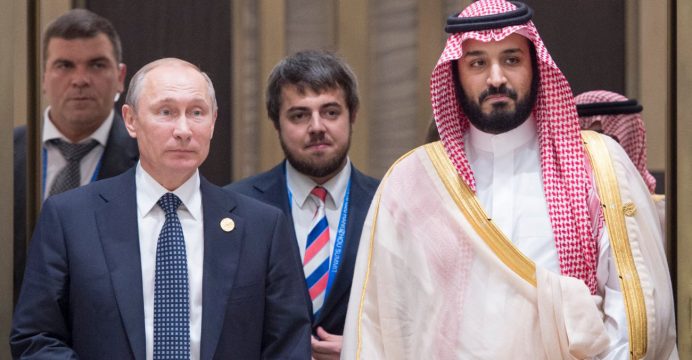 OPEC agreed with Russia and other oil-producing allies on Saturday to raise output from July, with Saudi Arabia pledging a “measurable” supply boost but giving no specific numbers.

The Organization of the Petroleum Exporting Countries had announced an OPEC-only production agreement on Friday, also without clear output targets. Benchmark Brent oil rose by $2.5 or 3.4 percent on the day to $75.55 a barrel.

On Saturday, non-OPEC oil producers agreed to participate in the pact but a communique issued after their talks with the Vienna-based group provided no concrete numbers amid deep disagreements between OPEC arch-rivals Saudi Arabia and Iran.

U.S. President Donald Trump was among those wondering how much more oil OPEC would deliver. “Hope OPEC will increase output substantially. Need to keep prices down!” Trump wrote on Twitter after OPEC announced its Friday decision.

The United States, China and India had urged oil producers to release more supply to prevent an oil deficit that could undermine global economic growth.

OPEC and non-OPEC said in their statement that they would raise supply by returning to 100 percent compliance with previously agreed output cuts, after months of underproduction.

Top global exporter Saudi Arabia will increase output by hundreds of thousands of barrels, he said, with exact figures to be decided later.

“We already mobilized the Aramco machinery, before coming to Vienna, pre-empting this meeting,” Falih said, referring to the Saudi state oil company.

Russian Energy Minister Alexander Novak said his country would add 200,000 bpd in the second half of this year.

Asked to what extent the decision to increase supply had been driven by pressure from Trump, Novak said: “It is obvious that we are not being driven by tweets but base our actions on deep market analysis.”