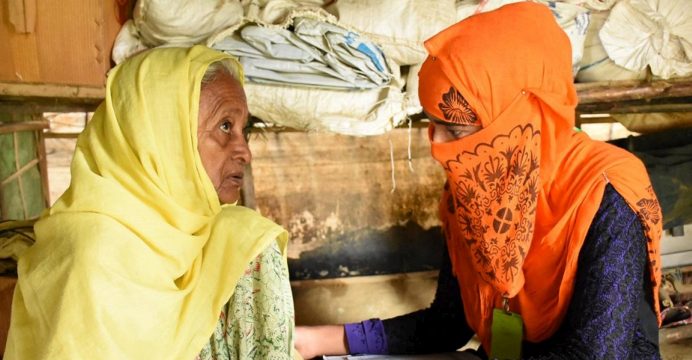 Refugee rohingya volunteers trained up UNHCR to help others in suffering

As monsoon season approaches, Rohingya volunteers are being prepared by UNHCR to to become first responders in an emergency.

A lack of certainty about what the next few months will bring is distressing for many. Heavy rains over the hilly and overcrowded refugee settlements create growing fears among the refugee population about landslides, floods and cyclones. UNHCR, other agencies and partners are working hard to mitigate physical hazards in the overcrowded settlements by relocating those at highest risk of landslides and floods to safer areas, providing sturdier shelters and reinforcing slopes, paths, roads and bridges.

As monsoon season approaches, Rohingya volunteers are being trained by UNHCR to become first responders in an emergency. https://t.co/mYZWSgTmYn pic.twitter.com/3xZ78z43oo

There are also concerns about the psychological impact that a disaster may have on an already vulnerable population, many of whom experienced or witnessed extreme violence in Myanmar.

UNHCR is working closely with Bangladesh authorities to combat this by training Rohingya refugees to become first responders to emergencies. UNHCR’s training for refugee volunteers focuses on practical ways to allay people’s worries, as well as how to identify those in particular distress who might need referrals to other health service providers and experts.

UNHCR has been scaling up its mental health and psycho-social support programme for the Rohingya response since late 2017.