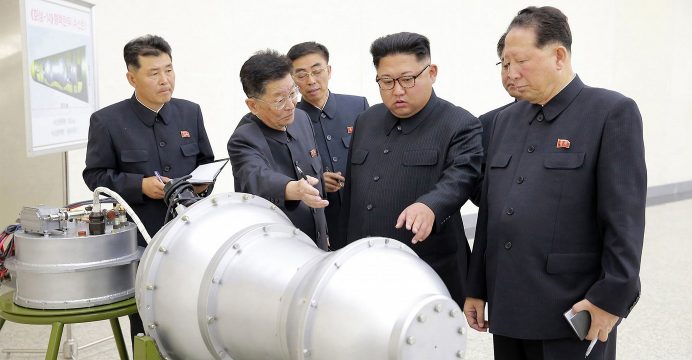 The head of the UN’s nuclear test ban watchdog said Wednesday that it stands ready to send a team to North Korea to verify the closure of the country’s nuclear test site.

Lassina Zerbo, executive secretary of the Comprehensive Nuclear-Test-Ban Treaty Organization (CTBTO), said his body had “the required expertise, unique verification technology and the much needed international credibility to confirm and monitor the closure of the Punggye-ri nuclear-weapon test site”.

North Korea announced last week that it would destroy the site in a ceremony scheduled between May 23-25.

While the CTBTO was not in a position to do any meaningful work on or before that date, it could do so before the summit scheduled for June 12 between North Korean leader Kim Jong Un and US President Donald Trump.

“If before the summit we are called to do any in-field measurement… this is something that we can do,” Zerbo said.

A team for deployment could be put together in around a week, he said.

The fact that North Korea had not signed the CTBT “is not an impediment to make our technology available for the international community,” he added.

However, Zerbo confirmed that no request for help with verification had yet been received from North Korea or with any other party to a possible agreement.

Zerbo’s comments come a day after North Korea said it planned to join international efforts to implement a total ban on nuclear weapons tests, part of the recent dramatic series of diplomatic breakthroughs between North Korea, South Korea and the US.

However, on Wednesday that process suffered a blow when Pyongyang threatened to pull out of June’s summit, citing US pressure for “unilateral nuclear abandonment” and anger over joint US-South Korean military exercises.