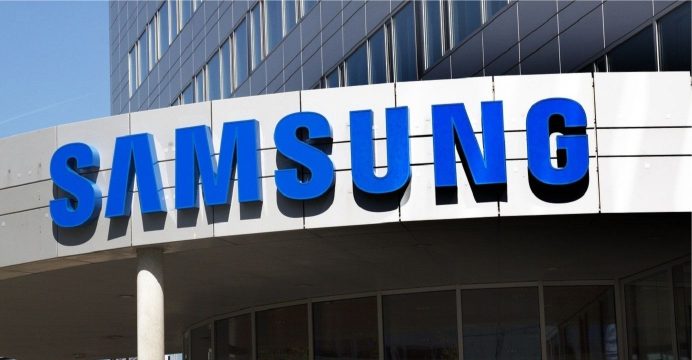 South Korean telecoms giant Samsung Electronics saw net profits leap by more than half in the first quarter, it said on Thursday, thanks to strong demand for memory chips and its latest high- end smartphone.

The firm, the world’s biggest maker of memory chips and the flagship subsidiary of the sprawling Samsung group, has recovered from a series of setbacks to post record profits in recent quarters, reports BSS.

It faced an embarrassing global recall of the Galaxy Note 7 device over exploding batteries in 2016, and last year its vice-chairman Lee Jae-yong, scion of Samsung’s founding family, was jailed for his part in the sprawling corruption scandal that brought down president Park Geun-hye.

He has since been released after some of his convictions were quashed on appeal, and the firm’s shareholders have seen its value soar.

Net profit for the January to March period rose 52 percent to hit 11.69 trillion won ($10.8 billion), up from 7.68 trillion won a year earlier, the company said in a regulatory filing.

Operating profit was a record 15.64 trillion won, in line with the estimate of 15.6 trillion won suggested in a preliminary guidance report released earlier this month.

“The semiconductor business posted solid earnings — 11.55 trillion won in operating profit on a 20.78 trillion won revenue — on strong demand for memory chips,” the company said in a statement.

The semiconductor business’ earnings performance was driven by demand for memory chipsets for high-value-added servers and graphics products.

The global launch of its new flagship smartphone, the Galaxy S9, as well as strong demand for chips used for smartphones and crypto-currency mining also contributed to the rise in profitability. Samsung shares were up 2.9 percent in morning trade at 2.59 million won.

All in all, the operating margin in the first quarter was 25.8 percent, up 6.2 percentage points year on year, Samsung said.

In the display panel segment, which manufactures OLED and LCD screens, profits were affected by slow demand for flexible OLED panels and greater competition between rigid OLED and LTPS LCD.

A supply glut in the LCD market, brought on by competitors’ increased production, also weighed on earnings, it said.

Total sales grew 19.8 percent to 60.56 trillion won and Samsung expects the memory business to maintain its strong performance in the second quarter.

But generating overall earnings growth across the company will be a challenge due to weakness in the display panel segment and a decline in profitability in the mobile business in the face of rising competition, it said.

“As has been expected, the semiconductor sector and the smartphone business performed well,” Greg Roh from HMC Investment& Securities told reporters.

In the next quarter, profitability in the smartphone sector will weaken but semiconductor demand will continue to boom, he said.

“Therefore, its overall business performance will be about the same as the first quarter,” he said, projecting a 15.5 trillion won operating profit.

With the display segment likely to benefit from demand for new products to be rolled out, operating profit is likely to improve in the third quarter, reaching 17.4 trillion won, he said.