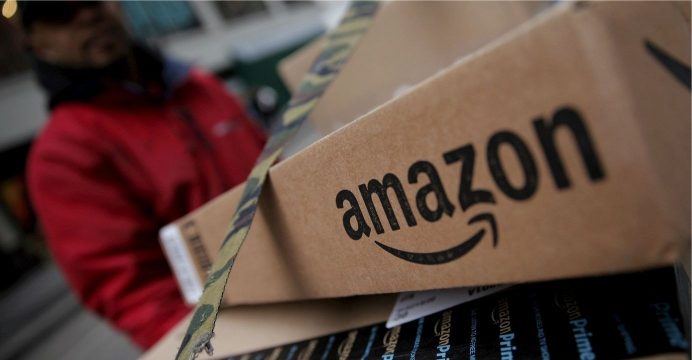 Amazon reports a 43% surge in revenues for the first quarter

Amazon also said that its profit more than doubled, sending its share price to a new high in after-hours trading on the New York Stock Exchange, reports BBC.

It added that it expects profit and revenue to grow in the second quarter. Over the three months to March, Amazon’s net profit rose to $1.6bn from $724m in the same period last year.

Amazon was founded and is led by Jeff Bezos who, according to Forbes magazine, is now the richest man in the world and owns The Washington Post newspaper.

The company has recently been targeted by US President Donald Trump, who claims Amazon does not pay enough tax.

He has also claimed it is ripping off the US Postal Service which, he alleges, loses an average $1.50 for each package it delivers for Amazon.

Wedbush Securities analyst Michael Pachter told Reuters that success is “the best revenge that Bezos can get against the administration for its veiled threats about sales taxes and not paying its fair share”.

Amazon reported that sales from its North American business rose to $30.7bn compared to $20.9bn in the first quarter last year. Its profit also leaped to $1.1bn from $596m previously.

Its also said that Amazon Web Services, which hosts a cloud computing platform that is used by a number of major companies, also performed well in the quarter.

However, at its international business, while sales rose to $14.8bn its losses expanded to $622m compared to $481m last time.