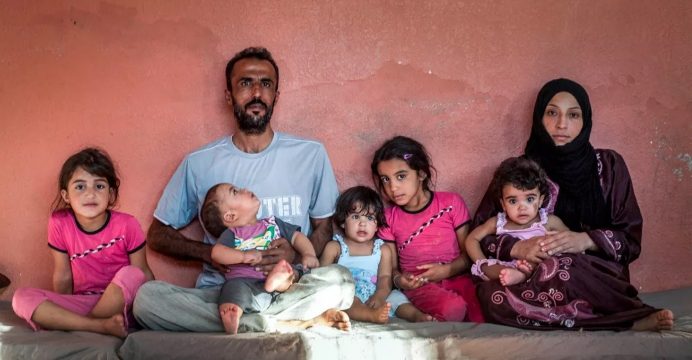 As the ‘Brussels Conference on Supporting the Future of Syria and the Region’ opens, UN Chiefs are calling urgently for increased support for vulnerable Syrians, refugees and the communities hosting them.

With the appalling conflict in Syria now into its eighth year, 13.1 million people need humanitarian assistance and protection inside the country. A further 5.6 million are refugees in neighbouring countries, while 3.9 million vulnerable members of host communities also need resilience support.

Despite generous funding by donors, only $2.3 billion of the $9.1 billion needed in 2018 by UN humanitarian and development agencies to sustain life-saving assistance for over 22 million people in need has been received so far. Less money simply means less support for the most vulnerable and desperate families.

In neighbouring countries, despite generous support from hosts, up to 80% of the refugees from Syria are living below the poverty line in some countries, and 35 per cent of child refugees are out of school. Host countries have demonstrated outstanding generosity to Syrian refugees despite the huge pressure on national services and infrastructure, but they need much more support as the crisis continues unabated. Unless more funding is urgently received, critical programmes face closure or reduction in the coming months, which will result in more children out of education, more families living in poverty, and fewer people earning enough to live on.

“A quarter of the world’s refugees are Syrians, and a quarter of all Syrians are refugees,” said UN High Commissioner for Refugees Filippo Grandi. “Of all the humanitarian emergencies facing us today none match Syria’s in terms of scale or in the immensity of need. Whether for refugees, for host countries, or for host communities those needs are as urgent, as great, as ever.”