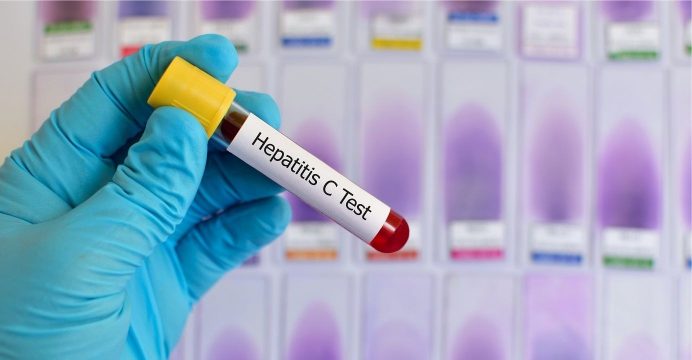 New research presented at this year’s International Liver Congress in Paris, France (11-15 April) shows that while several European countries are now on target to meet WHO’s 2030 hepatitis C elimination goals, many others are off track and problems screening and diagnosing enough patients threaten the progress of all countries. The study is by Dr Homie Razavi and Sarah Robbins, Center for Disease Analysis Foundation, Lafayette, CO, USA, and colleagues.

“It’s great news that more countries in Europe are on track, but all of them must do more to sustain and improve this progress,” says Dr Razavi.

“To have any chance of meeting elimination goals, countries must reach out to find and diagnose those infected, many of whom are in harder-to-reach groups such as people who inject drugs, prisoners and men who have sex with men. Routine testing should become the norm in prisons, substance misuse services and sexual health clinics, and more awareness must also be created among doctors, including general practitioners who should offer tests to those considered at risk.  In addition, a one-time testing of the general population will be needed to identify those infected prior to blood screening.  We didn’t know about hepatitis C and did not start screening the donated blood until the early 1990s in most countries.”

At last year’s World Hepatitis Summit in Sao Paulo, only four countries in the WHO EURO region (53 nations) were considered on track to eliminate hepatitis C by 2030: the Netherlands, Germany, Iceland and Georgia. However, the latest analysis shows that France, Spain and Switzerland have joined the countries on track, whereas Germany has fallen off track because it is no longer treating the required proportion of infected patients annually.

To be on track, a country must treat 7% or more of its infected population each year, and also have no restrictions on treatment based on disease severity. In 2017, many countries in Europe and worldwide had regulations restricting treatment to those people whose hepatitis C has left them with advanced fibrosis of the liver and thus most at risk of progression to cirrhosis or liver cancer.

Late last year, several countries in Europe promised to implement programs to eliminate hepatitis C before the WHO 2030 target, including the United Kingdom, Ireland, Norway, and Sweden.

“However, we only include countries on path to elimination when they have taken action,”says Dr. Razavi.

For example, in United Kingdom, 6% of infected patients (some 10,000 out of an estimated 163,500 infections) were treated in 2017. However, up to and including 2017, the UK has had a treatment quota in place that has prevented it reaching the required treatment threshold of 7% on infected patients per year. The National Health Service in England (NHS England) recently announced plans to bring forward its elimination target by five years to 2025; however huge progress must be made in treatment and diagnosis to even reach the original 2030 targets.

The success of Spain and Switzerland in becoming on track has resulted from their removal of treatment restrictions. While Spain has one of the largest number of infections in the EURO zone (328,600) it managed to treat an impressive 32,000 (around 10%) of these in 2017. However, the number of HCV treated patients in Germany has continuously declined between 2015-2017 from 21,500 to 12,600, taking them off track.

Countries making progress but not yet on track include Italy, which has the largest epidemic of Western Europe (794,900 cases) but only managed to treat 4% of these in 2017, and Sweden, which, even with its strong public health system, is continuing to restrict hepatitis C treatment to those with advanced disease, meaning it is not yet on track (although it is planning to remove treatment restrictions). Austria, Poland, Turkey, Latvia, Estonia and Portugal are also highlighted as countries making progress, though not yet on track.

However, the authors are keen to stress that despite the positive signs of progress for multiple countries in the region, the same issue threatens to derail progress in all countries, including those on track. Inadequate screening and diagnosis strategies mean than there are not enough patients being diagnosed and linked to treatment to meet these targets. For example, in the UK, it is estimated only 40-50% of those with hepatitis C are aware of their infection. Many of those that are aware (both in the UK and across Europe) are already linked to treatment or cured, meaning countries face the threat of ‘running out’ of patients to treat.