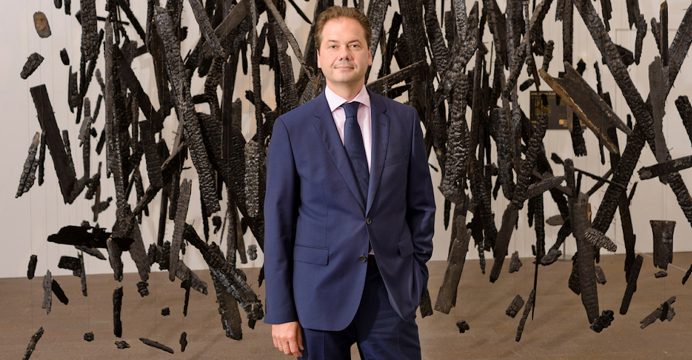 New York’s Metropolitan Museum of Art announced Tuesday it had found a new director in Austrian-born Max Hollein as the venerated institution struggles to tame a budget deficit despite pulling in record crowds.

The appointment, which came nearly a year since the departure of Hollein’s predecessor Thomas Campbell, marked the first time in more than 60 years that the Met chose a director from outside its own ranks.

The tenth person to occupy the Met’s top post, 48-year-old Hollein has served for two years as director and chief executive of the Fine Arts Museums of San Francisco — comprising the de Young Museum and the Legion of Honor.

Hollein, who began his career in New York at the Solomon R. Guggenheim Museum, went on to develop digital strategies and expand the collections as director of three major museums in Frankfurt: the Staedel Museum, the Schirn Kunsthalle and the Liebieghaus.

The Staedel notably doubled its exhibition space during his tenure. And during his time in Frankfurt, Hollein demonstrated an uncanny ability at managing exhibitions and collections of artworks spanning centuries, even millennia.

That level of skill will come in handy at the Met, which boasts of a collection of more than two million pieces, some of them around 5,000 years old.

The departure of Campbell, a British expert on tapestries who had been director and chief executive officer of the Met since early 2009, had marked the end of an era of mega-projects.

The museum, which ran a $10 million deficit in the 2016-2017 fiscal year, has cut costs, including curbing hiring. It receives some seven million visitors annually.

Max Hollein has been elected the tenth Director of The Metropolitan Museum of Art. pic.twitter.com/aGO5JyEGDp

Plans for a new modern and contemporary wing that had initially been estimated to cost $600 million, were scaled back and the museum made the historic decision to charge a $25 admission fee to visitors from outside New York state.

The Met plans to balance its budget by 2020.

Art institutions across the United States — which enjoy less state support than counterparts in Europe — have struggled to improve their finances as donors remain wary despite the recovery from the 2008-2009 financial crisis.