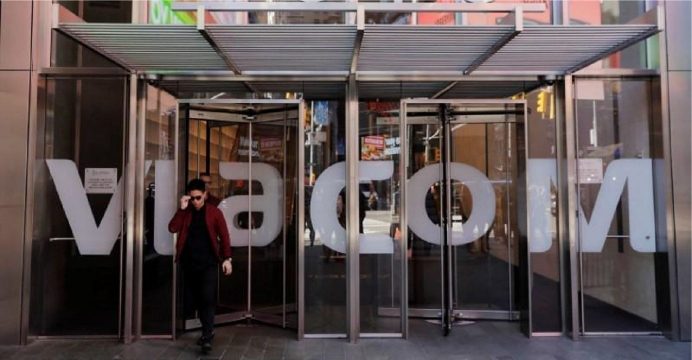 Viacom Inc asked CBS Corp to sweeten its merger bid by about $2.8 billion

Viacom Inc has asked CBS Corp to sweeten its merger bid by about $2.8 billion or almost a quarter more than CBS’s offer, people familiar with the matter said, indicating the wide gap in the U.S. media firms’ price expectations.

National Amusements Inc, the Redstone family company that controls CBS and Viacom, has pushed them to negotiate a merger by forming independent board committees. Viacom’s request shows how the companies have yet to make progress in their talks, reports Reuters.

CBS is now considering its next steps in the deal negotiations, said the sources, who asked not to be identified because Viacom’s request is confidential. CBS and Viacom declined to comment.

At CBS’s proposed share exchange ratio of 0.55, Viacom would be valued at $11.9 billion, below its current market capitalization of $12.7 billion. Viacom’s counterproposal values the company at $14.7 billion.

Viacom shares have risen about a third since early November on speculation of new efforts to merge CBS with Viacom, after the previous round of negotiations in 2016 ended unsuccessfully.

In its letter to CBS last week, Viacom also asked for its CEO Robert Bakish to be president and chief operating officer of the combined company, a demand supported by National Amusements, according to the sources.

CBS has asked for its chief operating officer, Joseph Ianniello, to have that role instead, the sources said. Both CBS and Viacom agree that CBS CEO Les Moonves should lead the combined company, according to the sources.

Combined, CBS and Viacom would have more leverage to negotiate prices for their programming with U.S. cable and satellite companies, which face a decline in their subscriber base amid fierce competition against media streaming companies, such as Netflix Inc.