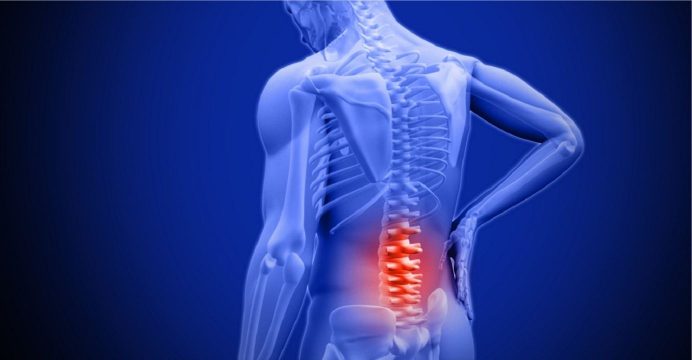 Low back pain affects 540 million people worldwide, but too many patients receive the wrong care

Worldwide, overuse of inappropriate tests and treatments such as imaging, opioids and surgery means patients are not receiving the right care, and resources are waste.

Low back pain is the leading cause of disability worldwide, affecting an estimated 540 million people at any one time. Yet, a new Series of papers in The Lancet highlights the extent to which the condition is mistreated, often against best practice treatment guidelines.

Evidence suggests that low back pain should be managed in primary care, with the first line of treatment being education and advice to keep active and at work.

However, in reality, a high proportion of patients worldwide are treated in emergency departments, encouraged to rest and stop work, are commonly referred for scans or surgery or prescribed painkillers including opioids, which are discouraged for treating low back pain.

“The majority of cases of low back pain respond to simple physical and psychological therapies that keep people active and enable them to stay at work,” explains Series author Professor Rachelle Buchbinder, Monash University, Australia.

“Often, however, it is more aggressive treatments of dubious benefit that are promoted and reimbursed.”

Low back pain results in 2.6 million emergency visits in the USA each year, with high rates of opioid prescription. A 2009 study found that opioids were prescribed to around 60% of emergency department visits for low back pain in the USA.

Additionally, only about half of people with chronic back pain in the USA have been prescribed exercise. In India, studies suggest that bed rest is frequently recommended, and a study in South Africa found that 90% of patients received pain medicine as their only form of treatment.

“In many countries, painkillers that have limited positive effect are routinely prescribed for low back pain, with very little emphasis on interventions that are evidence-based such as exercises. As lower-income countries respond to this rapidly rising cause of disability, it is critical that they avoid the waste that these misguided practices entail,” adds Series author Professor Nadine Foster, Keele University, UK.

The Global Burden of Disease study (2017) found that low back pain is the leading cause of disability in almost all high-income countries as well as central Europe, Eastern Europe, North Africa and the Middle East, and parts of Latin America. Every year, a total of 1 million years of productive life is lost in the UK because of disability from low back pain; 3 million in the USA; and 300,000 in Australia.

The global burden of disability due to low back pain has increased by more than 50% since 1990, and is due to increase even further in the coming decades as the population ages.

Low back pain mostly affects adults of working age. Rarely can a specific cause of low back pain be identified so most is termed non-specific and evidence suggests that psychological and economic factors are important in the persistence of low back pain. Most episodes of low back pain are short-lasting with little or no consequence, but recurrent episodes are common (about one in three people will have a recurrence within 1 year of recovering from a previous episode) and low back pain is increasingly understood as a long-lasting condition.

The authors say that healthcare systems should avoid harmful and useless treatments by only offering treatments in public reimbursement packages if evidence shows that they are safe, effective, and cost-effective. They also highlight the need to address widespread misconceptions in the population and among health professionals about the causes, prognosis and effectiveness of different treatments for low back pain.