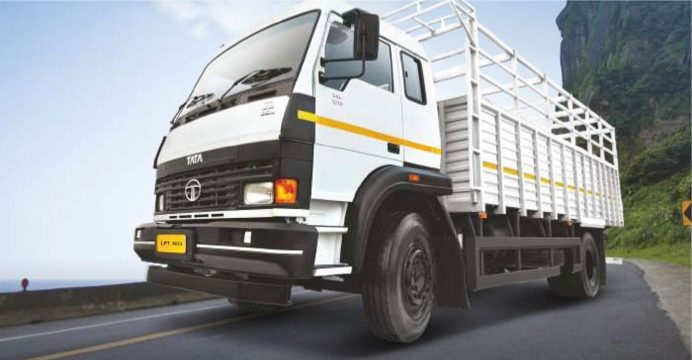 The construction, manufacturing and logistics sectors aided in an increased demand across Commercial Vehicles segment during the month.

Tata Motors registered a strong sales performance with its Commercial and Passenger Vehicles domestic sales in January 2018 at 59,441 units as against 41,428 units in January 2017, a growth of 43%.

The construction, manufacturing and logistics sectors aided in an increased demand across Commercial Vehicles segment during the month.

The cumulative sales performance of the Commercial Vehicles business (April 2017-January 2018) in the domestic market was at 308,922 units, a growth of 19%, over last year and continues to grow month on month.

The M&HCV truck segment at 12,804 units was higher by 13%, over last year. The demand for trucks was led by increasing restrictions on overloading, fresh tenders in the car carrier and petroleum sectors as well as coal and cement movement triggered by key infrastructure projects. However, the growth was lower than expected owing to challenges arising out of supply constraints on key parts.

The I&LCV truck segment at 4,541 units grew by 55% over last year aided by an increased thrust in Agriculture based, FMCG and E-commerce sectors. Increasing demand for container and refrigerated trucks also resulted in increased demand in the I&LCV segment.

The SCV Cargo and Pickup segment sales at 17,948 units reported a strong growth of 75% over last year on the back of new product introductions and uptick in buying sentiments especially with e-commerce sector and Government/Municipal applications. The commercial passenger carrier segment was at 4,093 units, a growth of 3% over last year.

Tata Motors’ Passenger Vehicles sales performance was at 20,055 units as against 12,907 units, a robust growth of 55% over last year on the back of increasing demand of Tiago and Tigor along with Nexon and Hexa gaining traction in the steadily growing UV Segment.

The Passenger Car segment registered a strong growth of 27% while the UV segment grew by 188% clearly stating the preferences of today’s customers. Cumulative sales growth of Passenger Vehicles in the domestic market (April 2017-Jan 2018) was at 149,284 units compared to 125,446 units, a growth of 19% over last year.

The company’s Commercial Vehicles sales from exports in January 2018 was at 4,900 units, a growth of 5% over last year.