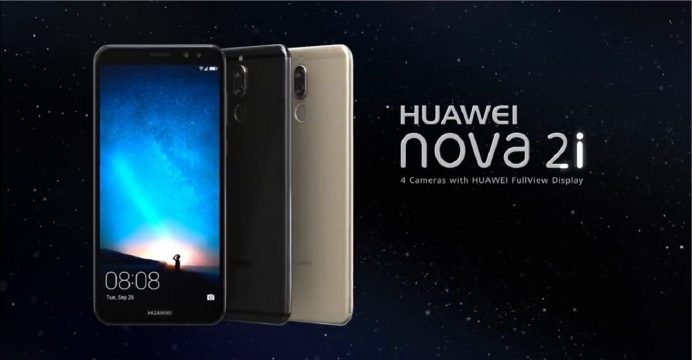 Huawei has already released the updated version of its EMUI software which will be available soon in all nova 2i handsets including new and existing users in the country.

The Huawei nova 2i users in Bangladesh are going to get a long-awaited updated version of the phone along with the most anticipated and exciting software features. This year, Huawei nova 2i users will have the opportunity to use two new features — ‘Face Unlock’ regarding security concern and ‘AR lens’ for an exciting experience of using the device.

Huawei has already released the updated version of its EMUI software which will be available soon in all nova 2i handsets including new and existing users in the country.

About this new software update, Ziauddin Chowdhury, Deputy Country Director of Device Business Department of Huawei Technologies (Bangladesh) Limited said, “Huawei nova 2i is the smartphone for youngsters. We’ve added features like AR lens to make the phone more popular among youths. Besides that, we have introduced ‘Face Unlock’ feature considering the security issues. Apart from Face Unlock, there are fingerprint, passcodes and pattern options to unlock the phone. At present, Huawei nova 2i has the highest sales in international smartphone market including Bangladesh. This has been done because of the trust and love of our beloved customers. To express our love, we have come up with two new features in Huawei nova 2i. We hope that everyone will like these two features.”

With the new ‘Face Unlock’ feature, Huawei nova 2i handset is already ahead from other smartphones’ in this price range. With the help of face detection technology, users will be able to unlock the Huawei nova 2i handset in split-seconds making users’ lives easier. Besides that, the handset has been crafted in such a way that it could easily be used with a wet hand.

There are some security features regarding face detection technology of Huawei nova 2i. The first one is the storage security where user’s facial information is stored in the Kirin Chipset CPU TEE (Trusted Execution Environment) area. Algorithm security is the second one. It collects more than 1,000 points of user’s face and ensures the security of ‘Face Unlock’ feature. Biometric system technology was used for ‘Face Unlock’ which works faster and safely simultaneously.

On the other hand, creative and funny photography will be enhanced a lot by AR lens. By combining unique and dynamic background tools, Huawei has made it much easier to make the photos exciting by four cameras of Huawei nova 2i. Huawei has considered the current trend of using different interesting editing tools or elements for AR lens effect and background selection.